In a video, he is seen saying that ‘the time is right’ for him to retire.

“This is a tough decision, I have thought about it for a long time but now I’d like to retire while still playing decent cricket. After having won fantastic series against India and Australia, it feels the right time to step aside,” he added.

His records and statistics speak of the stature and his brilliance. He holds a phenomenal number of milestones to his name, he holds the World Record for the fastest ODI 50 (16 balls), 100 (31 balls) and 150 (64 balls), the second highest individual Test score for South Africa (278*), the highest points (935) by a South African on the ICC Test rankings and has been bestowed with the coveted SA Cricketer of the Year award twice (2014 and 2015). 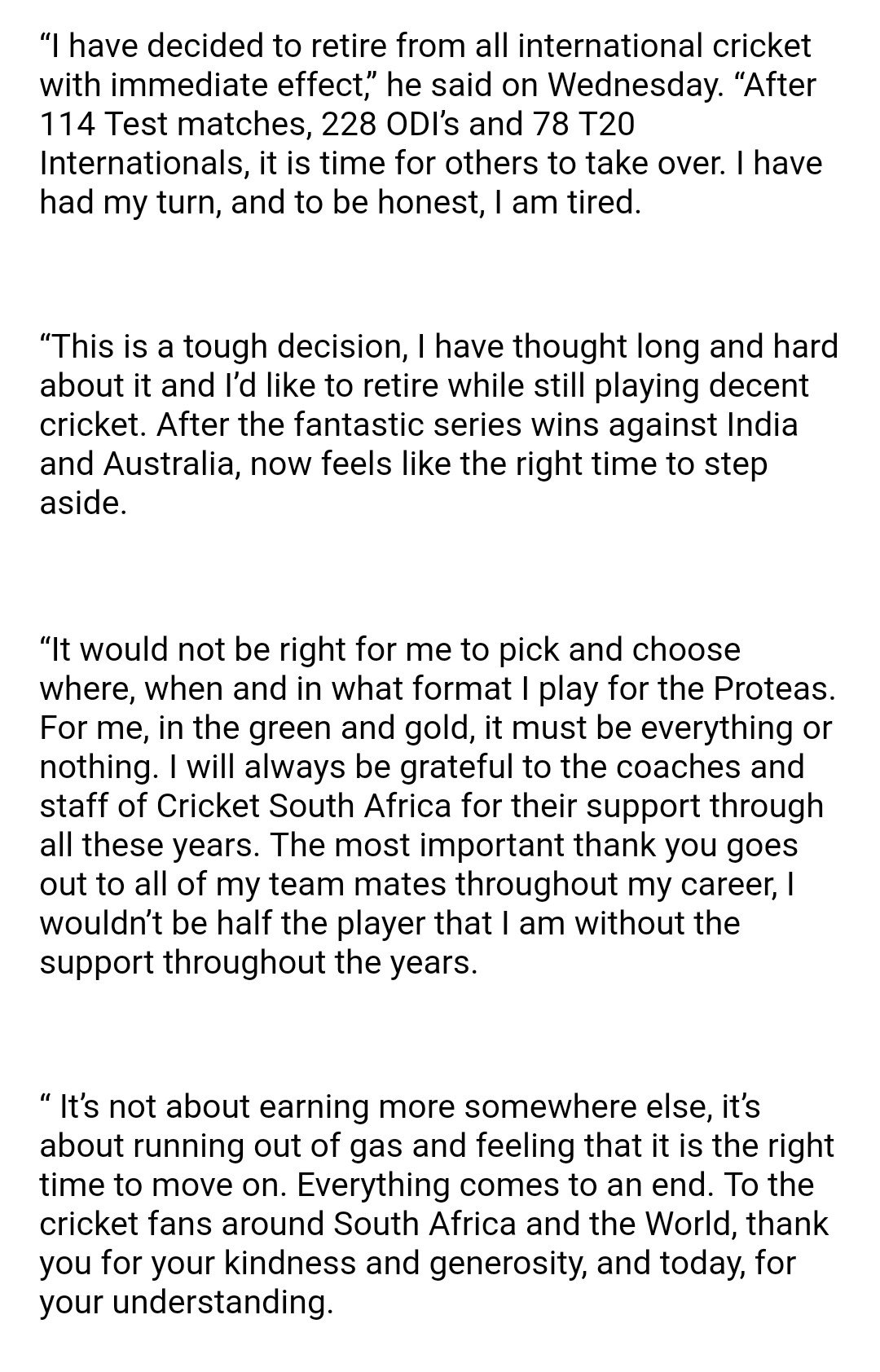 The way he was thrashing the ball during IPL showed what perfect form he was in🔥
Cricket’s gonna miss a player like this. Future mein India ke coach bann jaana please 💕☺️#ByeABD @ABdeVilliers17

The biggest entertainer in the last decade has bid goodbye to International cricket…your absence will be felt, AB. Cricket will be poorer. Wish you all the best for your future endeavours. Go well @ABdeVilliers17 🙌👍

A Writer | A Reader | Above all- A Human Being constantly looking forward to pushing the envelopes!
Previous ArticleWould have played for DD if I had got a chance: Gautam Gambhir
Next ArticleShardul Thakur reveals his success mantra against the bowling attack of SRH