The 42nd match of the ICC T20 World Cup 2021 is taking place between India and Namibia at Dubai International Cricket Stadium, Dubai. Team India skipper Virat Kohli won the toss and opted to bat first, in what will be his last match as a skipper in the shortest format of the game. The Virat Kohli-led side has already found themselves knocked out of the tournament after displaying poor performances in the first two games. They would be hoping to end the tournament on high.

The Virat Kohli-led side is wearing black armbands in their last T20 World Cup 2021 clash to pay tribute to legendary coach Tarak Sinha, who sadly passed away on Saturday.

IND vs NAM: Team India off the fiery start against Namibia

Team India are all over Namibia in their last game of T20 World Cup 2021. After the openers bashed Mohammad Shami and Jasprit Bumrah for 33 runs in just 4 overs, the latter responded very well and removed Michael van Lingen for 14 runs. 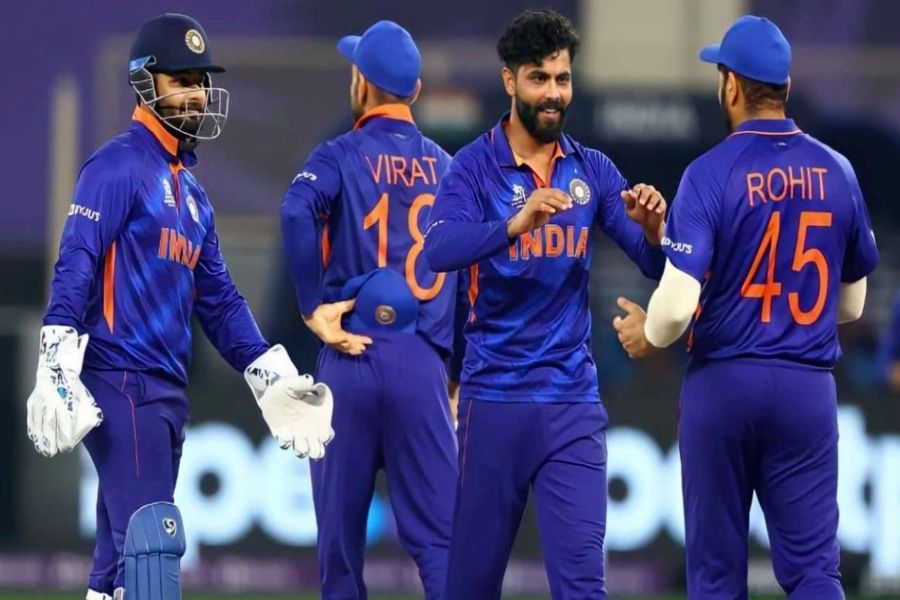 After the Ravindra Jadeja joined the act and removed No.3 batter Craig Williams for a four-ball duck. If this was not enough the all-rounder trapped Stephan Baard in LBW for 21 runs. His spin partner R Ashwin too chipped in and sent Jan Nicol Loftie-Eaton packing for 5 runs to leave Namibia tumbling at 47/4.