IND vs NZ, WTC Final Live: Shami and Sharma strike blood, as Williamson blocks it out New Zealand 135/5 at lunch on Day 5 IND vs NZ, WTC Final Live Day 5: Day 5 of the India vs New Zealand WTC Final has been an intriguing one for both units. Captain Kane Williamson and Ross Taylor started off steadily and blocked  quite a few deliveries as the Indian pacers made it hard for them to get runs.

There were some nervy moments out there, until Mohammed Shami got the big wicket of Ross Taylor for 11. The specialist batsman tried driving the ball, but failed to keep the ball down as Shubman Gill took a terrific catch.

Jasprit Bumrah and Ishant Sharma have also kept it tight from the other end, while, Williamson continues to show resilience. Henry Nicholls tried to hang in there with his skipper, but Ishant Sharma got him out nicking it to the slip cordon. BJ Watling’s stay was short too as Shami bowled  a peach of  delivery to castle the stumps. 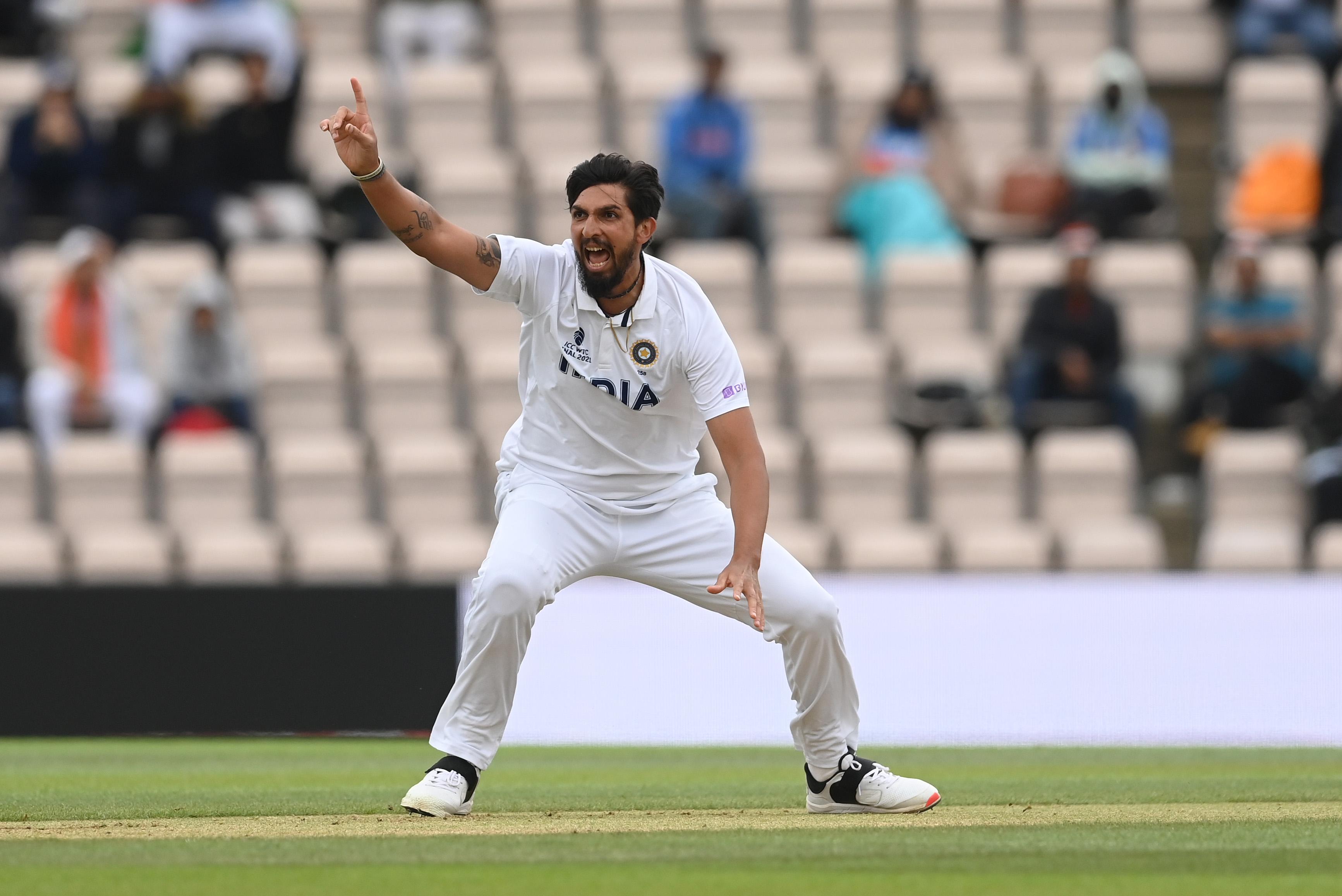 Day 4 was completely washed off, and now both teams have two days to find a result. However, the conditions out in the middle could also enforce a favorable outcome towards India or New Zealand.

The star of the WTC Final, so far, has been Kiwi fast bowler Kyle Jamieson. Jamieson bagged five wickets for 31 runs in his 22 overs. Neil Wagner scalped two wickets for 40 runs in 15 overs a well. Meanwhile, Ajinkya Rahane and Virat Kohli topped the charts for India with 49 and 44 run respectively.

As for New Zealand, Devon Conway played yet another solid knock of 54 runs. His opening partner provided decent support and scored 30.

Ravichandran Ashwin has picked up one wicket, whereas Ishant Sharma and Mohammed Shami have picked two apiece which puts the pressure back on New Zealand.