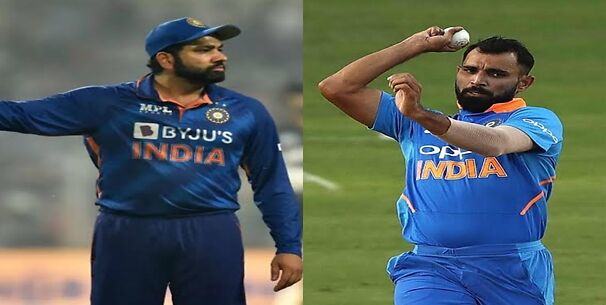 The big boys have returned for the ODI series against Sri Lanka which will start as an actual preparation for the 50 overs world cup later in the year in India. Although the touring side is not a strong one, India wouldn’t want to take anyone lightly as they are coming after a horrible series defeat to Bangladesh in Bangladesh.

Shikhar Dhawan is India’s greatest left hand batsman in 50 overs cricket. He has performed brilliantly for India in the last decade or so including some excellent ICC tournaments. The southpaw’s performance in the last year and a half was not upto the mark and he was fighting hard against Shubman Gill and Ishan Kishan who have grabbed their chances with both the hands. India have made the right move to go past Shikhar Dhawan in this format which would mean the end of road for Shikhar Dhawan as he has already been sidelined in the other two formats long ago.

Mohammad Shami returns to the side, if he plays in this series, this will be his first competitive game since the WT20 semi final against England.

India will have to decide between playing a leg spinner and Arshdeep Singh based on the pitch conditions assuming Axar Patel and Washington Sundar lock themselves at #7 and #8 being the spin bowling all rounders in the playing 11.

The top 6 pick themselves with Rohit Sharma, Shubman Gill, Virat Kohli, Shreyas Iyer, KL Rahul and Hardik Pandya. India do lack a left hand batsman in the middle order as Rishabh Pant has been asked to report to NCA due to knee niggle.

Taking the life out of me is better than taking cricket from me. Welcome to my world which gives nothing but happening stories in the cricketing world
Previous ArticleIND vs SL: India Playing XI for India vs Sri Lanka 1st T20I
Next ArticleSuper Smash T20 Squads, Schedule, Playing 11, Dream11 Prediction, Live Score and Streaming