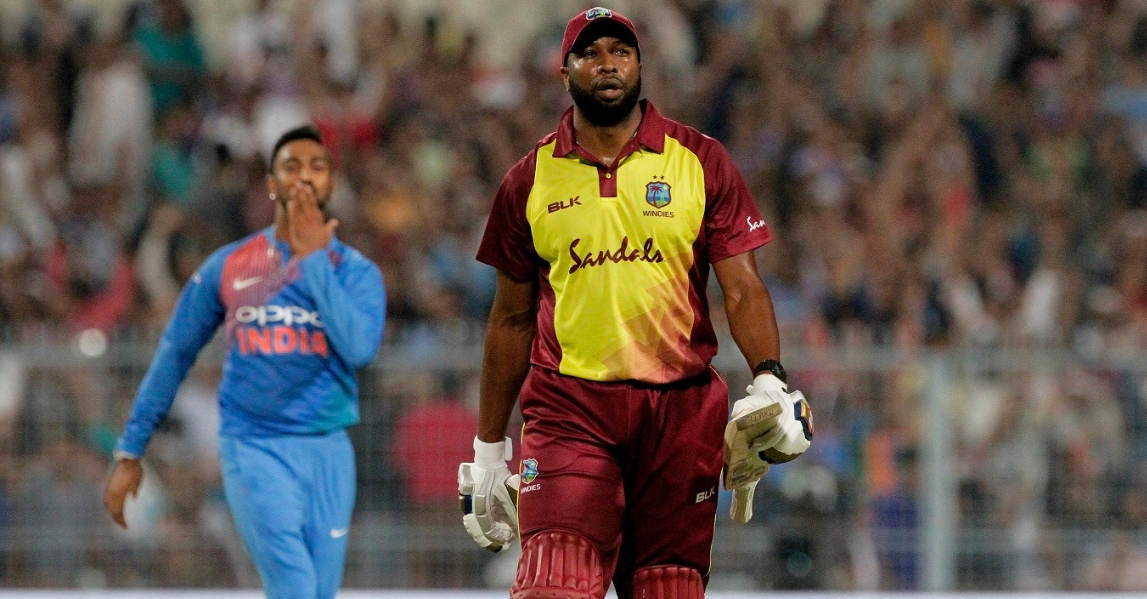 Krunal Pandya enjoyed a dream debut in T20 internationals as he performed well with the bat as well as the ball. One of the highlights of his performance was the wicket of hard-hitting batsman Kieron Pollard. And Indian skipper Rohit Sharma has revealed that infact Krunal himself wanted to bowl against the Windies batsman.

The Indian captain showered praise on the debutant in the post-match presentation ceremony. He said that the left-arm spinner is a very very exciting talent.

Watch: @hardikpandya7 has adorable message for brother Krunal on his T20I debut#KrunalPandya#HardikPandya#INDvWI#INDvWIN

Sharma noted that he has seen him closely playing for Mumbai Indians and explained that Krunal likes the situation where the team expects him to perform.

It is exciting to see guys like Krunal: Rohit

The Indian captain also made an interesting revelation about the left-hand cricketer. Rohit revealed that Krunal was the one who asked him that he wants to bowl to Pollard, and eventually he got the Windies batsman out.

According to Rohit, when you see guys accept challenges and bail the team out, it’s exciting as a captain or as a team management.

Krunal has the last laugh against Pollard

The left-arm spinner and Pollard apparently play for the same franchise, Mumbai Indians in the IPL and hence know each other’s game pretty well.

Extremely impressed with the calmness of Krunal Pandya. It has only been one game but he gives the impression he is ready.

In the first over the Indian spinner bowled to Pollard, the Windies batsman smashed him for a six on a flighted ball. However, the spinner learned from his mistake and fired quick deliveries without much air in his next over.

Also read: Twitter shocked as Karthik dons the gloves instead of Pant

On the very first ball of the next over, Krunal appealed for leg-before but the ball was missing leg-stump. But on the next ball which was yet another quicker delivery, Pollard missed a big hit and was caught at long-on.

The spin bowler finished the innings with figures of one wicket for 15 runs and then came good with the bat as well scoring 21 vital runs off just 09 balls.

Smitten by cricket, green mountains, and written words, Chaitanya is engrossed with cricket stats and analysis. But cricket commentary is what he savors the most.
Previous ArticleTwitter shocked as Karthik dons the gloves instead of Pant
Next ArticleTon machine turns 30: Remembering Kohli’s 3 finest knocks