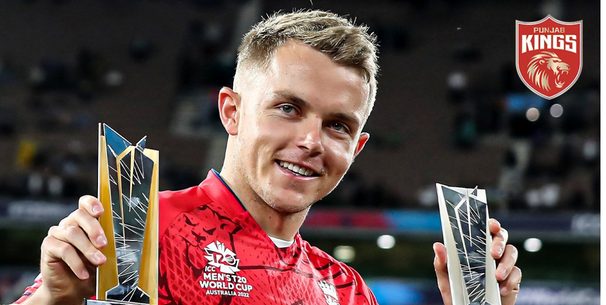 As anticipated, the IPL Auction 2023 has broken all records in terms of the most expensive players. Most teams had a decent purse size and were looking for specific players. So, it resulted in bidding wars for high-profile players wherein franchises went all guns blazing to get their desired player. The upshot is, several players have raked in a whopping paycheck and here we look at the top 10 most expensive players in IPL 2023.

Sam Curran has become the most expensive player in IPL history. Interestingly, his IPL salary is more than the marquee players retained by all franchises. The English all-rounder is in staggering form and was the man of the final and tournament in this year’s T20I world cup.

His exploits with the new ball make him an ideal weapon during Powerplays and he is a reliable hitter down the order in batting line-up. His all-round abilities made him the favorite of IPL franchises who are seeking balance in their team combinations.

Similarly, Ben Stokes earned plenty of money as he is a proven match-winner and has the ability to thrive during pressure.

Harry Brook is having a wonderful 2022. He made a dream debut in Tests as he become the leading run scorer in the Pakistan Test series and now has earned INR 13,25,00,000 crores in the IPL. His T20 credentials are already established and IPL teams are excited to give him the platform.

Cameron Green was the talking point of the recently concluded IND vs AUS T20I series. Green’s explosive starts while opening the batting and his smart bowling mean he can be an asset to Mumbai Indians who are seeking to replace Kieron Pollard.

Smitten by cricket, green mountains, and written words, Chaitanya is engrossed with cricket stats and analysis. But cricket commentary is what he savors the most.
Previous ArticleHarry Brook IPL Team: Which team bought the England batsman in the IPL Auction 2023?
Next ArticleSam Curran IPL Team 2023: Which team bought England all-rounder in IPL 2023 Auction?