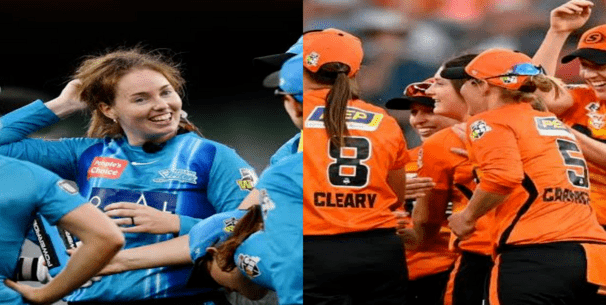 AS-W vs PS-W Dream11 Prediction: Brisbane is set to host the 20th derby of the Women’s Big Bash League (WBBL) on Friday (October 28). Adelaide Strikers Women will lock horns with Perth Scorchers Women at the Allan Border Field. It’s the eighth edition of the tournament, where eight teams will participate and 59 matches will be played in a round-robin format, followed by knockout finals.

Strikers, led by Tahlia McGrath, will play their sixth league-stage game of the tournament. The runner-ups from the last edition of the tournament – Strikers- are searching for their maiden WBBL title.

On the other hand, Scorchers are having a fantastic run, with merely a defeat in their account, in the ongoing tournament. The side will be keen to defend the 2021 title with a positive start.
The game will commence at 9:45 AM (IST).

AS -W vs PS-W Dream11 Prediction for Today’s Match

Where to watch AS-W vs PS-W Live?

Watch AS-W vs PS-W -W live, on Sony Sports Network. All the Women’s Big Bash League games will also be telecasted live on the SonyLIV app and website.

It’s a batting pitch at the Allan Border Field in Brisbane and better suited for the pacers. Deeming the last five games played at the venue, the average first innings score is 150, while the total average score has been around the same. Almost all the teams opted to bowl first after winning the toss at the venue. And all the teams won the games after bowling first.
Moreover, the weather on matchday is predicted to hover around 30.38° Celcius, with a few clouds.

McGrath is a right-arm all-rounder, who can bat in the top order and can bat really well. She has already represented Australia and led the Strikers into the final of the WBBL 2021 edition.

Wellington has emerged as one of the best discoveries of the WBBL. She is a leggie and can provide vital batting cameos too.