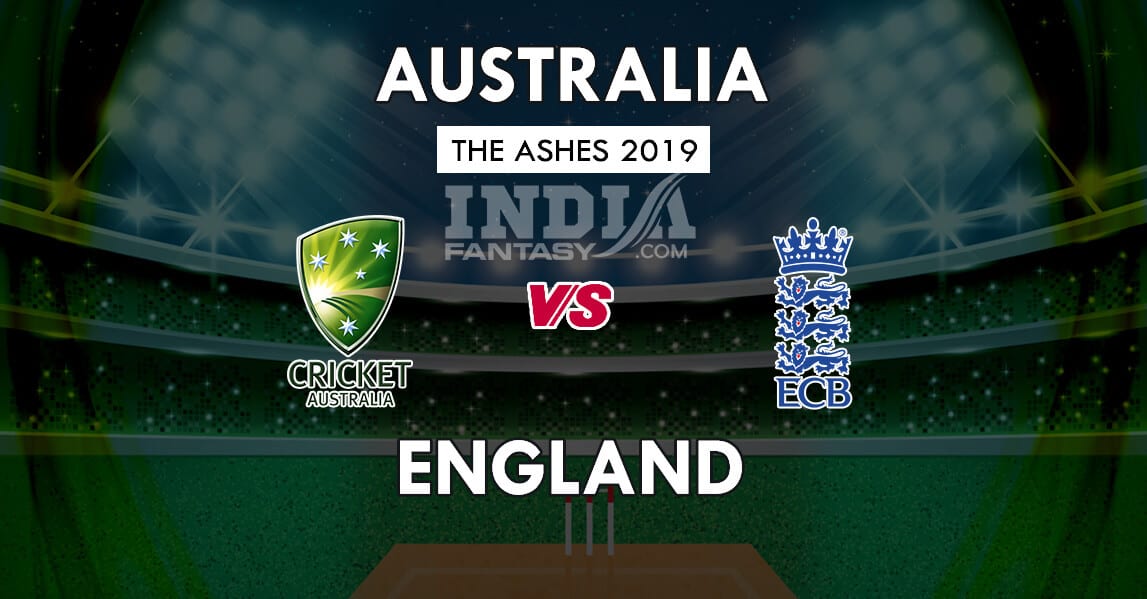 Australia and England will be squaring off at Headingley in Leeds for the third Test of Ashes 2019. The first Test was won by the visitors Australia in a dominating fashion by 251 runs, whereas, the second Test ended in a pulsating draw.

Here we are with the AUS ve ENG Dream11 Grand League teams and the combinations which can help you win big in small investments.

England have named the same 12 players who featured in the last Test.

James Anderson is still no fit to feature as he is recovering from his calf injury.

Out of form duo of Joe Denly and Jason Roy have been named in the squad despite not contributing much in the two chances given to them.

In a huge blow to the visitors, premier batsman Steven Smith has been ruled out of this Test due to a concussion which he sustained in the first innings of Lord’s Test.

Marnus Labuchagne will be replacing him in the eleven.

Mitchell Starc is still an uncertainty to feature in this Test after the pacers have been doing well consistently.

The Surface in Headingley has always offered huge assistance to the fast bowlers. With both teams comprised of a quality pace attack, our emphasis would be on making pacers friendly teams.

With Steven Smith already out of this Test England can now breathe free as the southpaw was in an amazing touch. Here is a team which will focus mainly on England’s top performers who can turn the tables.

Disclaimer: Management can take late decisions depending on the match situation. The fantasy teams which we have provided here of AUS vs ENG Dream11 is best of our interest and depending on the credit scores of the players.