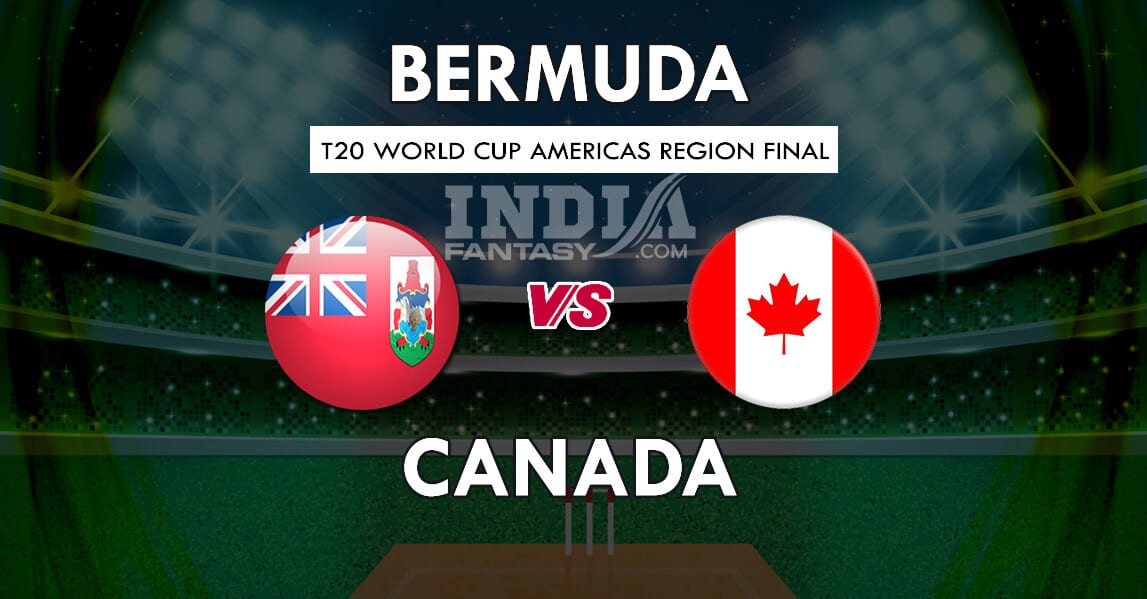 BER vs CAN Dream11 Match Preview:

The two invincible sides of the ICC Men’s T20 World Cup Americas Region Final 2019 collide to stake a claim on the top spot.

Bermuda are going into this one on the back off a comprehensive four-wicket victory against the United States.

Canada, on the other hand, defeated the Cayman Islands in their last game.

The last meeting between these two sides could not produce a result.

BER vs CAN Dream11  Team News:

Bermuda: The islanders have had an eventful tournament so-far.

They are unlikely to make any changes to their winning combination so-far despite some of their biggest stars not performing.

Kamau Leverock has faltered with the ball and bat equally and will soon need to get his act together.

The same applies to Terryn Fray who has also misfired in his previous innings against the USA.

Canada: The Canadians must be equally confident as their opponents going into this game.

Rodrigo Thomas has been getting out cheaply at the top for Canada, and he needs to pick up his form soon, or else Abraash Khan could come in to replace him.

The Bowling department have performed consistently so far in this tournament, and the team management are not expected to make any changes there.

BER vs CAN Dream11 Fantasy Picks:

Delray Rawlins: The opening batsman has been the most successful for Bermuda scoring 118 runs in innings at an average of 39.33.

Romesh Eranga: The SriLanka born left-arm medium-pacer has bagged seven wickets in four games at an economy of 4.64.