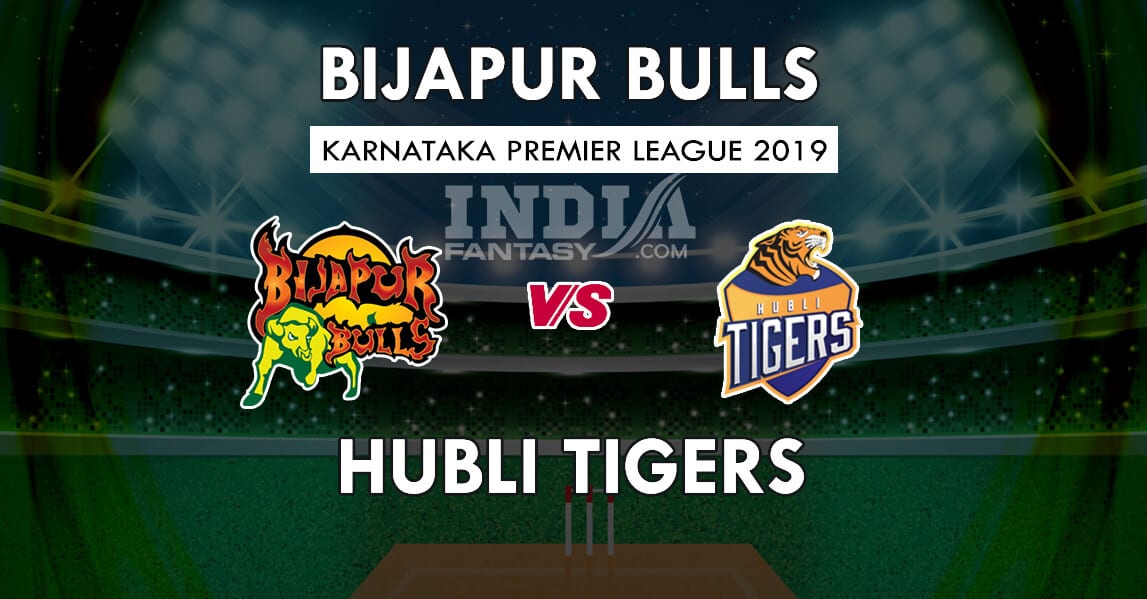 Bijapur Bulls take on Hubli Tigers in a play-off struggle as the two sides occupy the third and fourth spot respectively.

Hubli Tigers: The Tigers pulled off their first win of the tournament last night against the Panthers in a thrilling Chase.

Mohammed Taha led from the front with a 55 ball 75 with the help of four boundaries and five sixes.

He was well supported by Luvnit Sisodia, KB Praveen, and Praveen Dubey.

All of Tigers’ frontline pacers including Captain Vinay Kumar were smashed to all parts of the ground by Manish Pandey and that will need to be amended fast.

Part-timers Aditya Somanna, Praveen Dubey and David Matthias, stepped up big-time as the three combined to bowl eight overs for only 54 runs and claimed four wickets.

Bijapur Bulls: Just like their opponents, The Bulls also pulled off an emphatic victory last night.

Skipper Bharath Chipli led from the front with 77 runs from 40 balls and was well supported by Naveen MG who made 45.

The Bowlers were also on song as they restricted the Warriors to a paltry 144.

Except for KC Kariappa, everyone had respectable economy rates with Prateek Jain Standing out.

Bharath Chipli: The Bulls skipper has led from the front. He has amassed 166 runs in three innings at a strike rate close to 160.

Mohammed Taha: The opener played a crucial role in guiding his side home last night with a knock of 75 while chasing a massive score of 181.