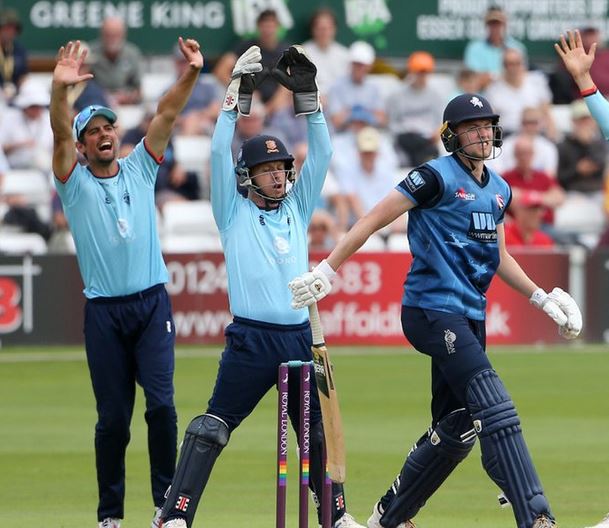 GLO vs ESS Dream11 Prediction: Gloucestershire and Essex will lock horns in the Group A fixture of English One Day Cup 2021. The Gloucestershire team have been fine performers, while Essex with the quality side in this domestic season has impressed everybody

The Gloucestershire team have 2 wins in 4 matches, and have looked well, while Essex have 3 wins in the same number of matches and are playing fine cricket.

Pitch Report: The pitch at Bristol supports the batters to score runs in an efficient manner, while also giving bowlers a chance to showcase their talent by getting purchase through the surface. Here, the average score is 243.

Brief score of the last result at the venue: Worcestershire 228/7 won by 11 runs (D/L method) against Gloucestershire 82/4 in English One Day Cup 2021

The Lancashire team have been in fantastic momentum since the T20 Blast and have 3 wins in 4 matches this season, while Middlesex have been average in both the tournaments. It is predicted that Lancashire will win this match.

Man of the Match in GLO vs ESS

The former captain of the England team, Alastair Cook has been quite consistent with his form in this season and can be the best performer.

The all-rounder has displayed consistency in his performance in both the departments.

The experienced bowler has been spot-on with his execution of stock balls and can be a differential pick.

The all-rounder was terrific in the last league match with his bowling performance and can be handy with the bat as well.

The legendary batsman can be the safest pick due to his experience and track record across all formats of the game.

List of Channels to watch GLO vs ESS Match