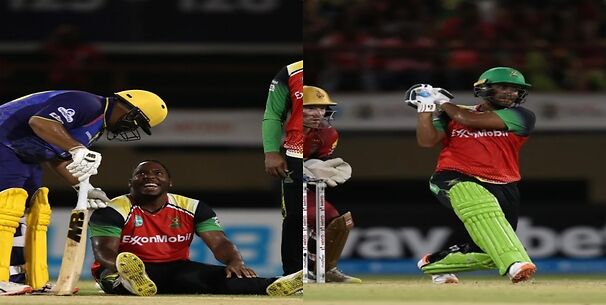 GUY vs BR Dream11 Prediction: The two best teams in this edition of IPL are locking horns against each other in the qualifier 1 of the CPL. The 2nd half turned out to be a stunning turnaround of sorts for Guyana after having been at the bottom of the table for almost the whole of first half. They are bolstered by the present of Shakib Al Hasan who is all set to play all the matches for GUY from now.

A good bouncy wicket will be awaiting both the teams in the qualifier 1. The average first innings score on this venue in this edition has been 160.

The skipper hasn’t had much of a role to play in the last few games but he is their best batsman in this season.

The veteran leg spinner is the leading wicket taker for GUY. He has been a lethal wicket taking option for GUY.

Kyle Mayers is the leading run getter for BR in this season. He hasn’t been upto the mark in the last few games but he is still a top option.

Taking the life out of me is better than taking cricket from me. Welcome to my world which gives nothing but happening stories in the cricketing world
Previous ArticleLAN vs SUR Dream11 Prediction, Playing 11, Fantasy Cricket Tips – English Test County Championship Dream11 Team for Today’s Match
Next ArticleMAL vs LUX Dream11 Prediction, Playing 11, Fantasy Cricket Tips – ECC International T10 Dream11 Team for Today’s Match