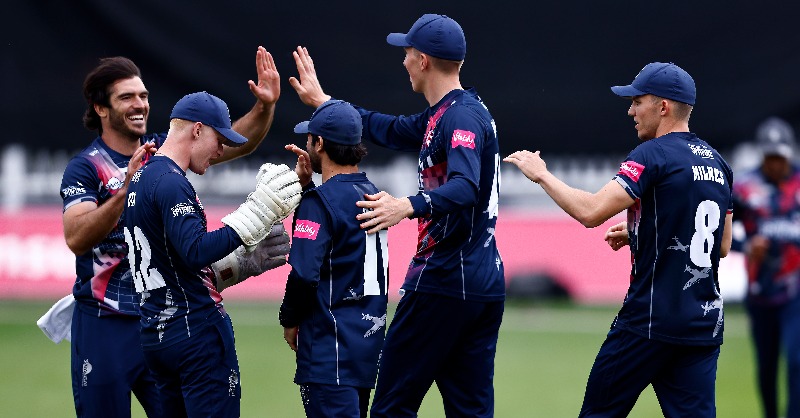 KET vs HAM Dream11 Prediction: Kent and Hampshire will face-off in the Group A fixture of English One Day Cup 2021. The Kent team have been a fine performer in the domestic cricket, while Hampshire have yet to prove themselves especially in the limited-overs format.

The Kent team have 1 win in 6 matches, and Hampshire have secured 2 wins in the same number of matches. Both the teams would look to win this fixture to strengthen their position in the points table.

GLA vs NOT Ground Details

Pitch Report: The Beckenham Ground has been a belter of a surface for the batters to score runs easily and there is a little or no room of error for the bowlers. In the first league game of this season, scores of 400 were scored by Durham team.

Read: Dan Christian slams 5 SIXES in an over off Shakib Al Hasan – WATCH

Although, the Kent team have not performed well and are at last position, they are expected to trump a relatively inexperienced Hampshire team.

Man of the Match in KET vs HAM

The experienced player of the Kent team, George Munsey has been consistent in his performance and will be a potential player of the match.

The Scottish batsman has a good experience in the limited-overs format, and can be a captain pick for your team.

The top-order batsman who is also the captain of the team returned to the team in the last league and helped the team to win by his contribution.

The player has been contributing well in the middle-order for the past few months and has scored the most runs for Hampshire.

The experienced player has been impressive with his economy and wicket-taking abilities and will be a differential pick.

List of Channels to watch KET vs HAM Match

Read: Jasprit Bumrah bowls a peach of a delivery to knock down Stuart Broad’s stumps – WATCH