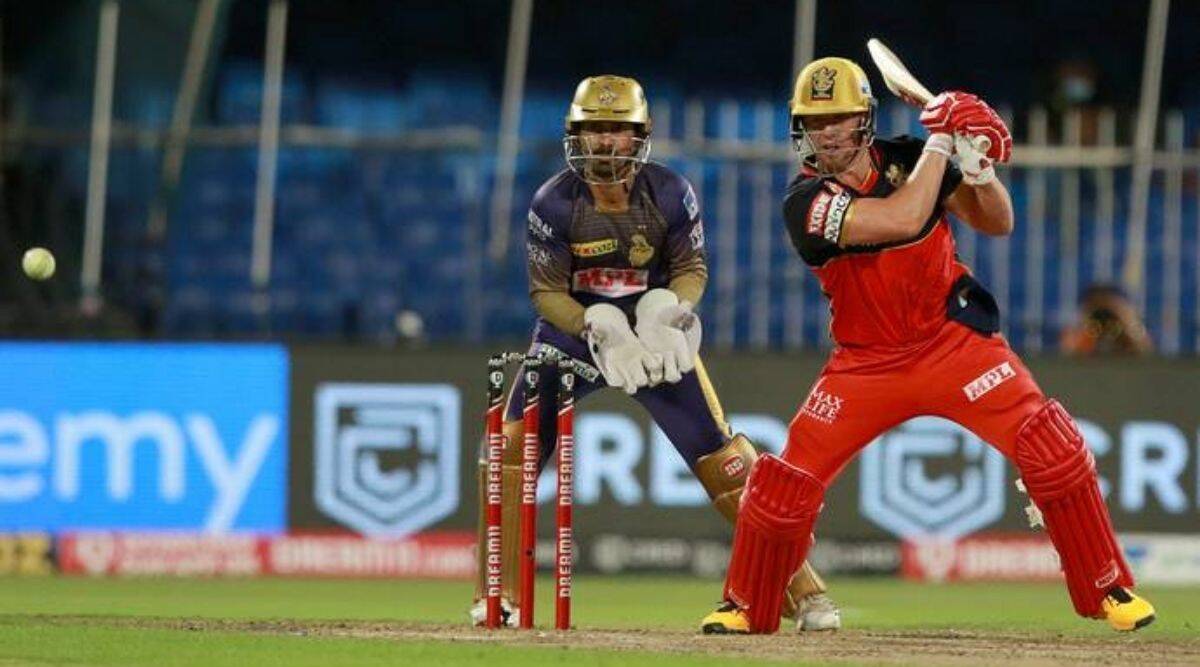 KKR vs RCB IPL: IPL’s Match no 30 between Kolkata Knight Riders vs Royal Challengers Bangalore will be played at Narendra Modi Stadium, Ahmedabad.

Kolkata Knight Riders and RCB played 28 games against each other in IPL so far. KKR is leading the contest against the two by winning it 15 times and RCB trailing behind by just the margin of 2, I.e 13 times. The Average score of Kolkata is 158.4 and the average score of Bangalore is 151.7. In the last match when they faced each other RCB have won it comfortably by 38 runs.

Let’s analyze and find out the best fantasy pics from both sides for this match.

The ongoing season of this IPL is not the one that KKR wants to remember for long. In the 7 matches they’ve played so far, they are only able to win 2 and lose 5.

In the last match against Delhi capitals, the poor show from the middle-order batsman directed the team towards defeat. The biggest worry for KKR is that captain Eoin Morgan has failed to perform so far this season. The experiment of sending Sunil Narine is proven to be the biggest gamble which KKR can’t afford for their future games. They can introduce Shakib Al Hasan in place of Narine in the playing 11. He can be a better pick than Narine any day as he is effective with both bat and bowl. In the opening slot, Nitish Rana was scoring well at the start of the tournament but has failed to score big in the last couple of matches.

In the middle order, KKR can try Sheldon Jackson, who can be the best one out there in the team who has a solid performance in domestic cricket. The only batsman who is performing for KKR is Andre Russell, but a single player can’t win you all matches.

As far as the bowling is concerned, the bowlers are looking very ordinary this season. In the last match, none of the bowlers apart from Pat Cummins impressed by taking 3 wickets. Varun Chakravarthy, unlike last season, has disappointed every KKR fan. He is bowling with a high economy rate and failed to take wickets so far in the competition.

Kamlesh Nagarkoti can replace Shivam Mavi who went for 25 runs in a single over in the last match.

Though Shubhman Gill has only scored 132 runs in 7 games. But his sensible batting approach is what KKR needs at present. In the last match, he looked in good touch and KKR wants him to continue his last match form with a sense of responsibility to score big with a good strike rate.

In this season, Russell not only impressed every KKR supporter with his power-hitting batting but also the ability to take wickets at crucial times. In this IPL he has scored 163 runs in 7 matches and also took 7 wickets. Against RCB he has scored 339 runs so far and is the best performer for KKR.

Pat Cummins is in good form this IPL, he has taken 9 wickets in 7 games and scored 93 runs with the bat. The entire bowling unit of KKR depends on him. He can be the match-winner for KKR if he can take some early wickets and put some pressure on RCB’s rock-solid batting lineup.

After winning 4 consecutive games, RCB was looking strong in this tournament until they lost 2 out of their 3 games inadequately. The last match against Punjab Kings will hurt them even more. In that game, RCB’s batting lineup collapsed by two inexperienced young spinners from Punjab. The entire middle order collapsed in just 42 runs. RCB’s confidence might be down after losing that low-scoring game against Punjab, but against KKR, they looked a stronger side.

If we analyze the opening slot, then Virat Kohli’s strike rate is the reason to worry for Bangalore and they want to improve as early as possible. Padikkal is in fine touch this season, but in the last couple of games, he has failed to give a good start to the team.

Glenn Maxwell started his campaign on a wonderful note. But in the last 2 to 3 games he has flopped completely. De Villiers was the only hope for RCB against Punjab but he also got out on a score of only 3.

RCB is a good side and we can’t get to a conclusion about them by just 2 or 3 previous games.

RCB’s bowlers did well in the last game by restricting Punjab to score big. Daniel Sams, Siraj, and Jamieson were the pick of the bowlers who performed well. There’s no doubt about Jamieson’s wicket-taking ability, but his economy rate could be the reason for worry for RCB.

Yuzi Chahal also bowled satisfactorily in the previous game, in 4 overs he picked up 1 wicket and gave 34 runs. RCB wants some good performances from him in the future games as we saw earlier that wickets in Ahmedabad are helping spinners, and as a key spinner, RCB want him to perform well in the remaining fixtures of the tournament.

Virat Kohli amassed 730 runs against KKR in IPL. He is in good touch this season. The only thing he has to improve is his strike rate. He is reliable, sensible with his approach. On his day, the chase master Kohli can win any game for his team.

AB De Villiers has scored the most number of runs for the RCB after Glenn Maxwell and can be a match-winner tonight. He got out early in the previous match against Punjab but when the last time he played against KKR he scored 76 not out runs with a strike rate of 223.53.

Harshal usually comes to bowl in the middle and death overs. KKR’s middle order is not in good touch and Harshal can give them trouble with his lethal bowling. If he gets successful in taking 1 or 2 wickets, he can be the game-changer for RCB.

An avid follower of the game. Loves to read and analyse the actions happening between the 22 yards.
Previous ArticlePSM vs VCC Dream11 Tips for ECS T10 Prague Spartans Mobilizers vs Vinohrady Today Match Prediction 3 May
Next ArticleVIDEO: KKR vs RCB Dream11 KOL vs BLR IPL 2021 Prediction Tips Captain Options Stats