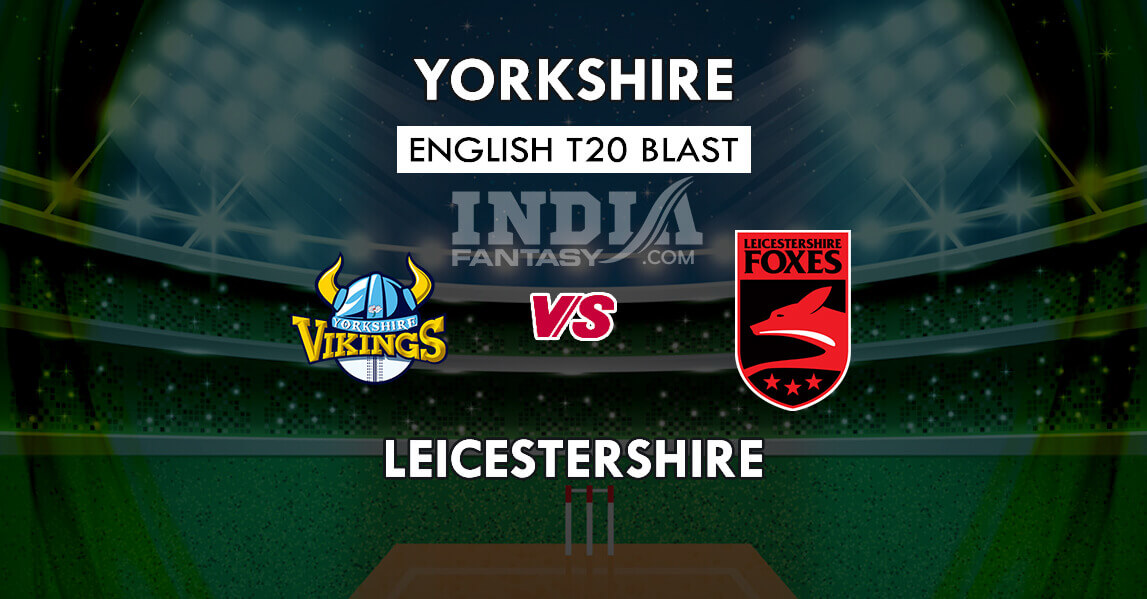 In the next match of Vitality T20 Blast 2019, Leicestershire Foxes will be locking horns against Yorkshire at their home town in Grace Road, Leicester. This would be a North Group game and both Yorkshire and Leicestershire would be eyeing their first win of the season.

Meanwhile, Leicestershire lost at the hands of Warwickshire by 7 wickets and were involved in an abandoned game against Lancashire which was their opening match of this season.

It is a dry wicket which will assist the batsman and help them to score big. The seamers won’t get much purchase out of the wicket but the spinners might get some gripping from the surface. An ardent sports enthusiast who likes to write in such a manner so that the readers could relate themselves and feel the passion of the game.
Previous ArticleCOL-Y vs DAM-Y Dream11 Match Prediction | SL Provincial Youth OD Playing11, Squads, Fantasy Team News
Next ArticleMID vs SUR Dream11 Match Prediction | Vitality T20 Blast 2019 – Surrey vs Middlesex – South Group, Playing11, Squads, Fantasy Team News