SAU vs QUN Dream11 Prediction: The 10th match of the Australian One Day Cup 2021-22 is scheduled to be played between South Australia and Queensland on 28 November (Sunday) at the Adelaide Oval in Adelaide. Both these sides are coming into this match after having faced quite similar results in the ongoing edition of the tournament. South Australia are currently placed at the fifth spot on the points table having lost two matches and won just a single game in this edition of the Australian One Day Cup. On the other hand, the Queensland team registered a brilliant win in their last game but they too have witnessed two disappointing losses in this 50-overs tournament. However, both these teams will now be looking forward to perform with the best of their abilities in this important game of the season.

The pitch and the conditions at the Adelaide  are expected to offer enough help for the batters and bowlers throughout the entire match. There will be good amount of bounce available on the wicket that will surely help the fast bowlers and things will be favourable for the batters as well. Therefore, picking more of batters and bowlers in your respective dream fantasy teams will be a good option.

South Australia captain Travis Head will be an important player to watch out for in this match due to his sensational performance so far in the tournament. Head has composed more than 4000 runs in the List A format at an impressive average of 40.86.

South Australia wicket-keeper batter Alex Carey has performed impressively well in 50-overs cricket in the recent while. Carey has smashed more than 2400 runs that includes a total of 14 half-centuries and 2 hundreds. 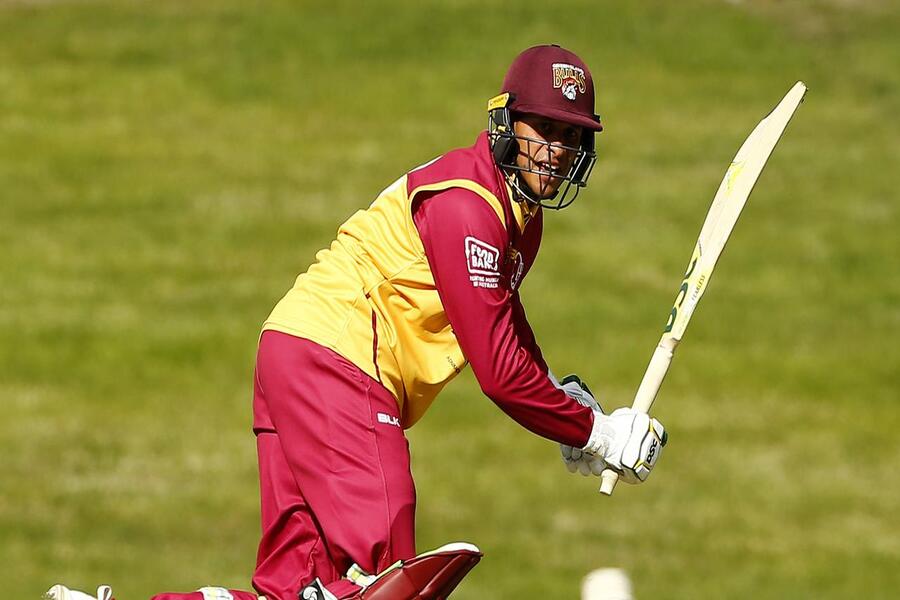 Queensland skipper Usman Khawaja will be an important performer to watch out for in this 50-overs match due to his sensational record. Khawaja has notched up more than 5100 runs at an impressive average of 47.23.

For Queensland, left-handed middle order batter Matt Renshaw has been in a remarkable form in the ongoing edition of the Australian One Day Cup. Renshaw composed a beautiful knock of 76 runs off 62 balls in the last game against Tasmania and also scored an impressive fifty in the first match.

Who will win SAU vs QUN today match?

South Australia will once again depend a lot upon the likes of Travis Head, Jake Weatherald, Alex Carey and Harry Nielsen to contribute well with the bat. The likes of Daniel Worrall, Brendan Doggett and Wes Agar will form a crucial part of the bowling attack. On the other hand, Queensland side will be eyeing to play their best form of cricket and the likes of Usman Khawaja, Marnus Labuschagne, Joe Burns and Matt Renshaw will be their mainstay clogs in the batting department. The trio of Gurinder Sandhu, Matthew Kuhnemann and Connor Sully will once again have to play an important role with the ball. The rain gods could play a spoilsport in this match. According to the SAU vs QUN today match prediction & South Australia vs Queensland cricket betting tips, SAU are the favourites to win this match.