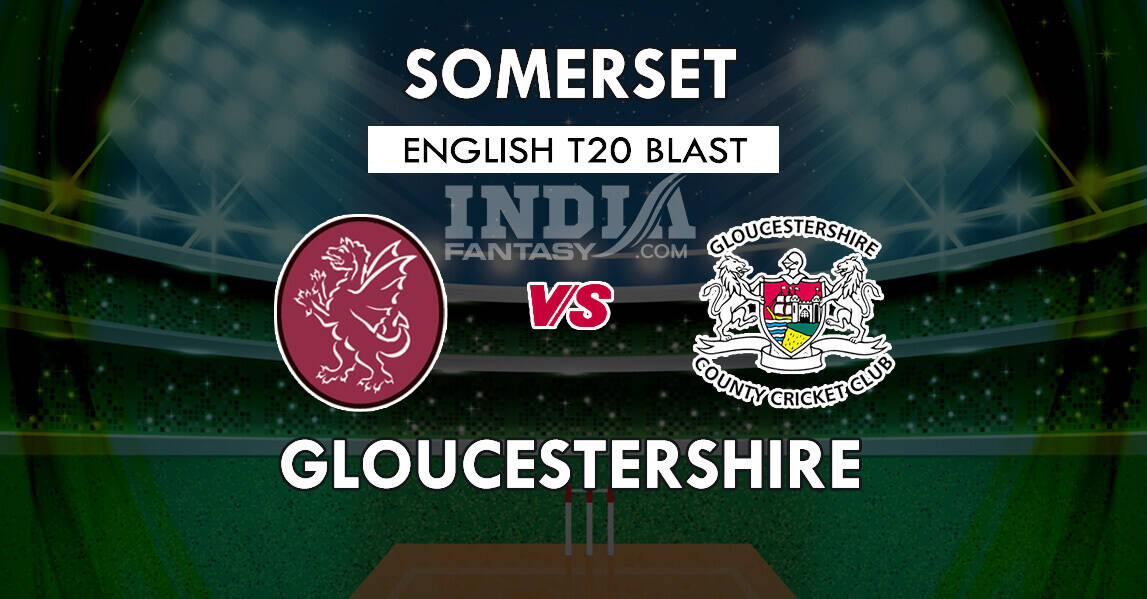 The next South Group match of Vitality Blast 2019 will be played at the County Ground in Bristol between Somerset and Gloucestershire. Seven matches will be played in the day on August 23rd.

Talking about the standings on the points table currently, Gloucestershire with 4 wins, 3 loss from 11 matches are placed at the fourth position. Three of their matches have ended as no result.

Meanwhile, Somerset with 5 wins from 10 matches and 4 loss are placed at the fifth position right behind Gloucestershire. They do have a chance to break into the top three after winning this encounter.

The ground capacitates 7000 people which clearly means the boundaries all around the ground are not that big and it would be easy for the batsmen to go berserk on the bowlers.

Pakistan recruit and the number one T20I batsman Babar Azam is in a serious nick in this Vitality Blast. He has scored 434 runs from just 9 innings in this competition.

Tom Banton is the second-highest run-scorer for Somerset in the competition with 396 runs from 9 innings.

Josh Bracey is the top scorer for Gloucestershire with 200 runs from 8 innings.

Ryan Higgins with 196 runs from 8 innings stands right behind Bracey in the list of most runs.

Benny Howell and David Payne have 10 and 11 scalps respectively to their name.

Ian Cockbain has been in good form too as he has scored 176 runs from 8 innings. 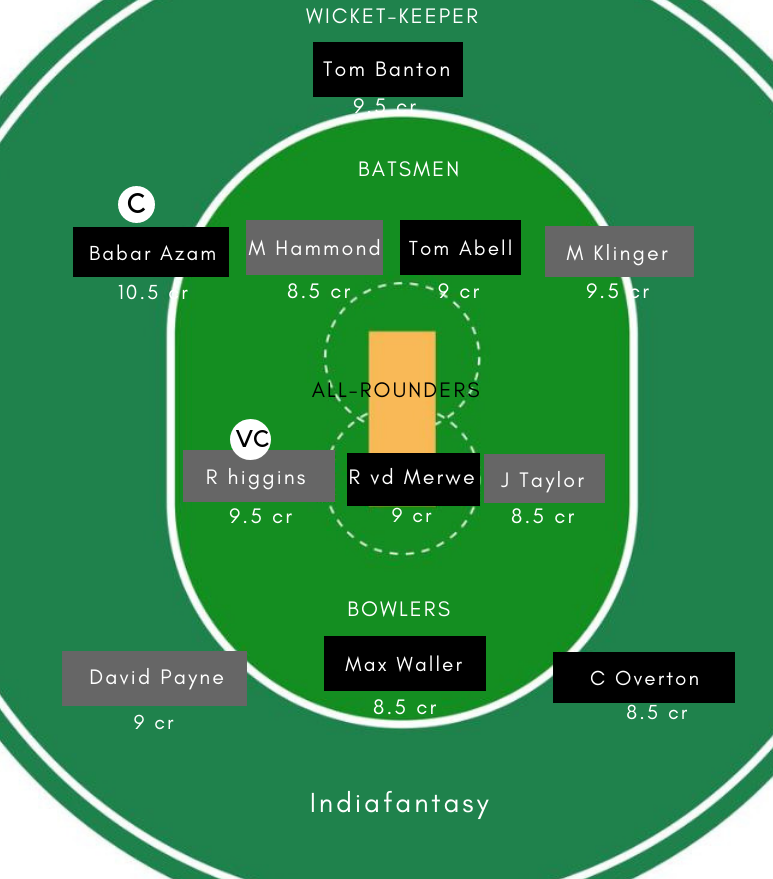 Disclaimer: Management can take late decisions depending on the match situation. The fantasy teams which we have provided here of SOM vs GLO Dream11 is best of our interest and depending on the credit scores of the players.