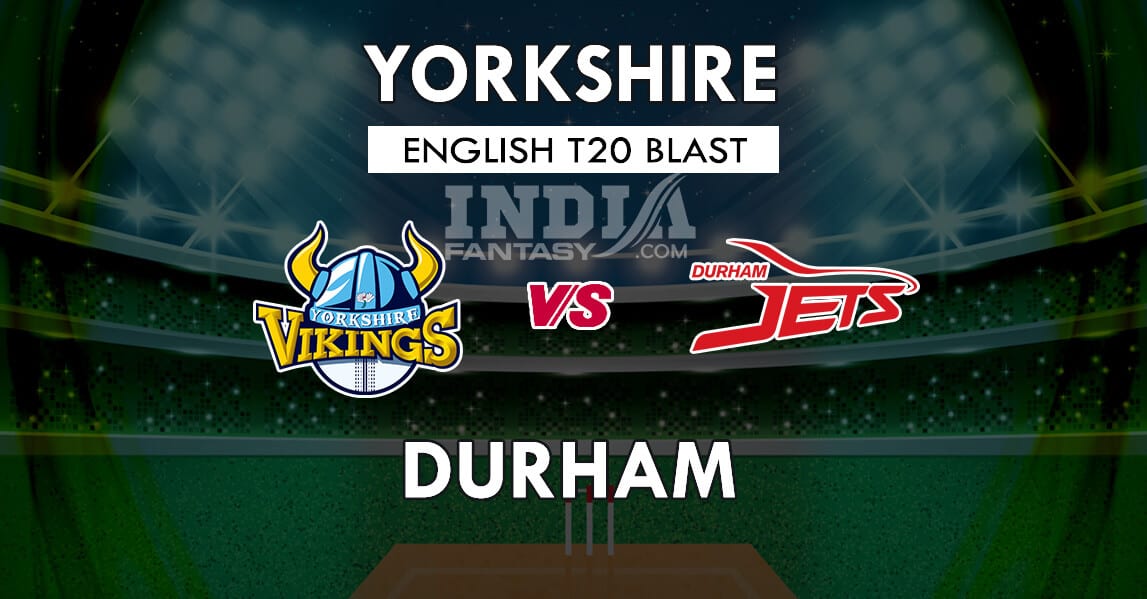 Yorkshire has played sorry cricket in this edition of Vitality Blast.  They have managed to win just one match in this entire season so far. Durham has won 4 on the other end. This game is a dead rubber and might be entertaining as well.

In 4 game, Tattersall has made just 78 runs. He is not in a very good form.

T. Bresnan has been ineffective overall with both bat and ball. He ha taken 2 wickets and scored only 28 runs in 4 matches.

The last game they lost was very close, they might go with the same squad.

AZ Lees has scored 128 runs in 7 innings so far.  He has batted poorly.

Durham might make some changes which will be known once the squad is announced.

A Lyth has batted incredibly as well, he has 226 runs in 6 innings.

MJ Potts is spitting fire. He has bagged 13 in 9 innings.

L Trevaskis and Rimmington have bagged 10 wickets. They are also in a great rhythm.

DA Shorts is in Midas touch. He has scored 368 runs and taken 9 wickets so far.

S Steel has made 275 runs in 8 innings. He has been outstanding as well.