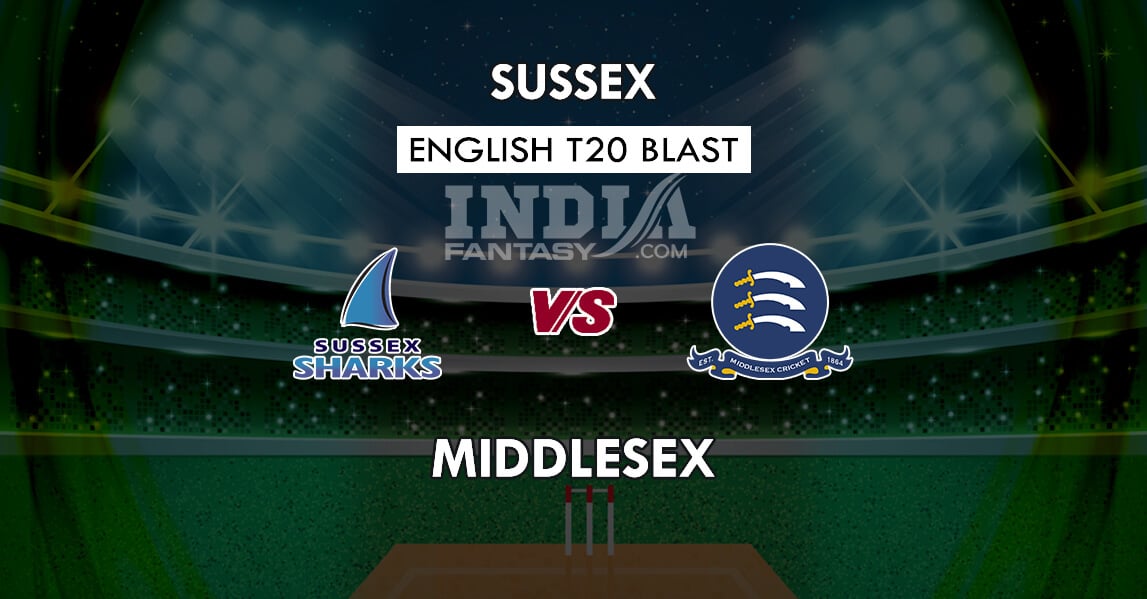 The invincible Sussex will take on Middlesex later today. Both the teams have played 7 and won 5 matches. But they are separated by two point because of two abandoned game of Sussex. Middlesex have lost two games, but they are very much capable of surpassing the table-toppers if they defeat them.

AB Dillivers will not any further in this tournament.

Eoin Morgan has been ruled out of the squad due to back injury.

Max Holden has been named as the replacement to injured Morgan.

Middlesex has been dependent on its bowling for good results.

RJW Topley is bowling brilliantly! In just  5 innings he has picked up 11 wickets with economy of 7.72.

DJ Malan has been the most consistent batters of this team. He has made 272 runs with strikerate of 148.63. He scored a century on this tournament.

S FInn and TSR Jones both have 14 wickets to their names. Both have picked fifers.

T Help and NA Sowter have bagged 12 wickets each (Except Finn, everyone have their economy below 9).

A 13 man squad travels to the south coast this evening, where we will look to make it 3 wins on the bounce when we take on @SussexCCC tonight! 🔥