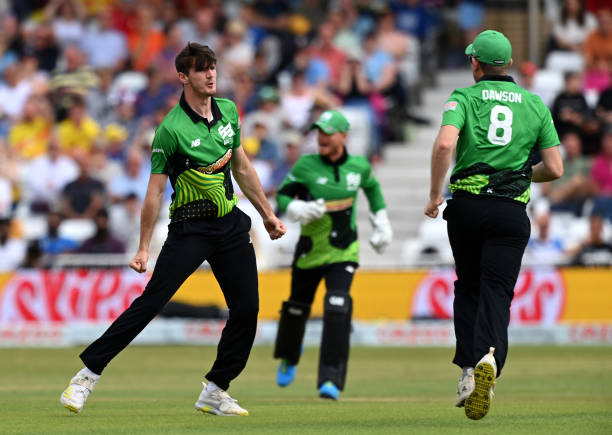 Brief Score of the last result at the venue : Sofia Garden, Cardiff will host first match of this tournament.

Sophia Garden, Cardiff is also a batting friendly venue like other venues in England when it comes to limited overs cricket. Batsmen haven’t adopted this format properly so bowlers can take the advantage of that like we have seen in first five six matches and a score of over 140 runs will be a decent total.

Watch The Hundred Men Live Score and Streaming on Fancode app in India.

Jonny Bairstow : He is one of the best batsmen in limited overs cricket and like other England batsmen he too plays attacking cricket and played a good innings in the first match which his team won.
Performance in The Hundred – 56 runs in 1 innings
T20 record : 3785 runs at 31.02 in 146 innings (3 hundreds, 21 fifties)

Devon Conway : He has been excellent in all formats of the game in the last seven months and should come good in this tournament as well.
T20 record : 3476 runs at 45.1 in 98 innings (2 hundreds, 27 fifties)

Qais Ahmad : He is a leg spinner and in the first match for Welsh Fire he took 4 wickets and bowled a tight spell as well and he can be a big threat for other teams.
T20 record : 86 wickets at 21.8 in 74 innings