Arsenal will look for two wins in as many games when they host Burnley in the Premier League at Emirates Stadium.

The Premier League match will be played between Arsenal and Burnley at Yuexiushan Stadium, in Guangzhou, China. The ground has a capacity of 18,000.
The game will start at 05:00 PM (IST), on Saturday, August 17.

Pierre-Emerick Aubameyang: The way he finished his goal in the last game, tells a great deal about his poaching abilities. His record at the Emirates Stadium is good and we back him to be in the thick of things here as well.

Alexandre Lacazette: The former Lyon striker is another supremely talented forward player on Arsenal’s roster. He wasn’t used in the last game, but expect that to change here, which means a chance for him to get either a goal or an assist.

Nicolas Pepe: Arsenal’s record signing will be in contention for a place in the starting 11. He is a heck of a good player, always a threat out on the wings, while his passing is good as well.

Ashley Barnes: The 29-year-old scored twice in the first game as he helped his time down Southampton 3-0. Set-pieces or the direct runs, he will be a threat. 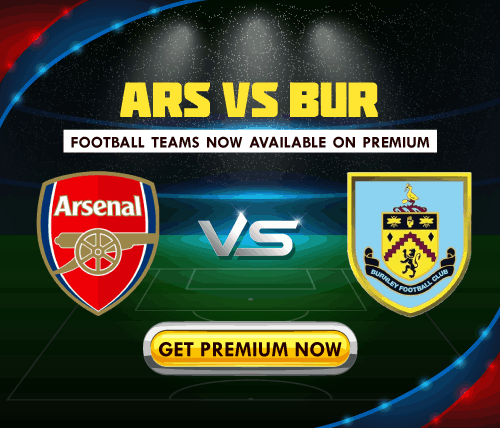 ARS vs BUR Dream11 potential winner:
Burnley should at least get a draw here.