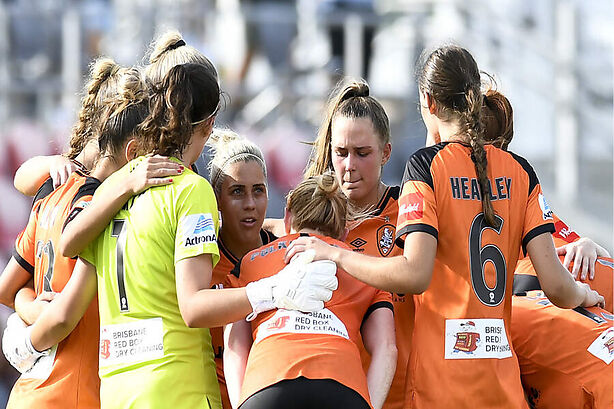 CNB W vs BRB W Dream11: Canberra United will be taking on Brisbane Roar for the forthcoming Australian W League fixture. Both sides have started off their season in an underwhelming manner. Canberra Untied is on the back of two straight defeats to Melbourne City and Adelaiade United. Meanwhile, Brisbane Roar is on the back of three losses on the bounce to Perth Glory, Brisbane Roar, and Melbourne Victory. With it still being early doors in the league, both clubs will be keen on getting the first win of the season in order to set the tone for the fixtures to follow. With that being said, here is the CNB W vs BRB W Dream11 Prediction for the upcoming contest.

From 14 previous meetings between the two sides, it’s Canberra United that has the upper hand with seven wins in comparison to Brisbane’s five wins. Two games have ended on level terms as well.

Michelle Heyman has been one of the standouts for Canberra United. Heyman has 10 goals and three assists from the last 12 appearances.

Shea Connors has a goal from the last three games for Brisbane Roar and does have the potential to score more going ahead.

Nicoletta  Flannery has registered four goals, and an assist from the previous 12 games for Canbara United.

Anna Margraf also has a goal from the last three appearances for Brisbane Roar and is expected to start here.

The odds are in favor of a Canberra United Women to get the win by 2.24 as per 1XBET.