HBI vs SHGP Dream11 Prediction: Shanghai Port will travel to the Langfang Stadium to face Hebei on Thursday. The hosts suffered a 3-0 defeat against Changchun Yatai last time out and will look to quickly move on from that result. Shanghai Port, meanwhile, made it two wins from two games on Monday as they claimed a comfortable 3-0 victory over Wuhan FC.

Hebei were unable to make it five games without a defeat as they suffered a 3-0 loss against Changchun Yatai earlier in the week and they will find it difficult to bounce back from that as they come up against Shanghai Port. With a 3-0 win over Wuhan, the Shanghai side have now won their last two games by an aggregate score of 8-0. They have lost just one game all year in the Chinese Super League and they should be able to record another success here.

Injury Report and Unavailability: The hosts remain without defender Ximing Pan, who is still sidelined with a torn ligament injury.

Expected changes and Strategy: Other than the above, due to an injury and suspension free squad, Hebei boss has a full side at his disposal.

Injury Report and Unavailability: Defender Ante Majstorovic has been sidelined with a long-term injury.

Expected changes and Strategy: Huacheng Zheng and Wang Shenchao will be avaliable for Shanghai in this clash, which is a big boost for the side. 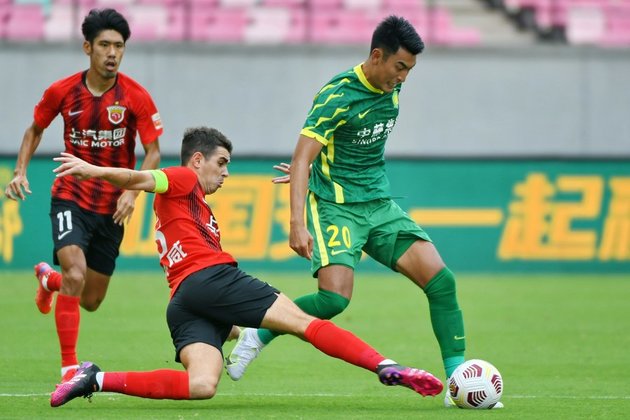 Shenglong Li: Li has 2 goals and a total of 12 shots on goals. This results in a goal conversion rate of 33.28%. He had a total of 8 big chances. He has a total of 3 assists, 7 key passes and he created a total of 9 chances.

Oscar: Oscar has 3 goals and a total of 16 shots on goals. This results in a goal conversion rate of 36.63%. He had a total of 8 big chances. He has a total of 1 assists, 4 key passes and he created a total of 9 chances.

We feel that in this game, Hebei FC are capable enough to put one past this Shanghai Fortune, but one goal isn’t likely to be enough to prevent defeat. We’ve gone for a close game with a winning margin for Shanghai at the end of the 90 minutes. Let’s wait and see how it plays out. In our HBI vs SHGP Today Match Prediction odds, we back for a 2-1 win for Shanghai in this match.

Jeet Ghosh is a Football Journalist, living and working in Kolkata with years of experience. He is a Post Graduate in Journalism and Mass Communication from Jadavpur University. Jeet is a sports lover but has a special liking for football. He has worked as a football writer with The Citizen, Sportsflashes, Sportskeeda. He follows the football leagues around the world and is somewhat partial towards Real Madrid.
Previous ArticleCHE vs VIL Dream11 Team Chelsea vs Villarreal UEFA Super Cup Live Score August 12
Next ArticleYKFM vs NGY Dream11 Team Prediction Yokohama FM vs Nagoya Japanese League Live Score August 12