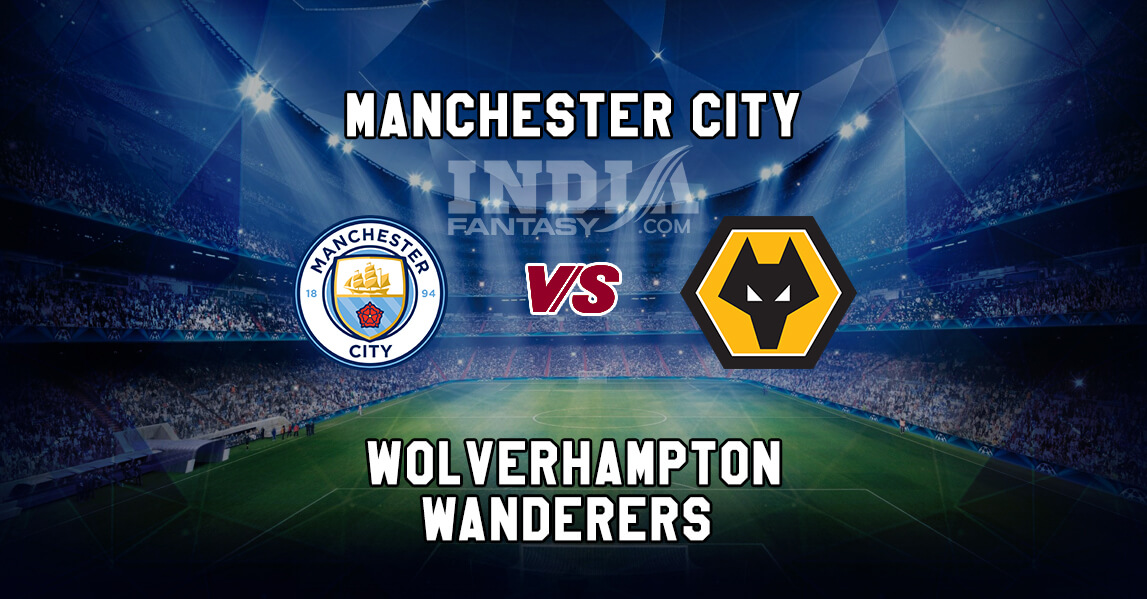 Manchester City host Wolverhampton Wanderers at Etihad Stadium in their last game before the international break looking to close down the gap at the top to five points.

James Milner converted a 95th-minute penalty as Liverpool extended their 100% start to the season with a 2-1 win over Leicester City at Anfield. The three points for Jurgen Klopp’s men means the reigning champions are well and truly playing a catch-up game with their biggest rivals.

Pep Guardiola will demand nothing short of a complete performance from his team as he aims to head into the break only five-point behind the Reds.

But Wolves will be confident following their first win of the season last weekend. The visitors are more than capable of producing a shocking result, especially when City are shorthanded at the back.

The Premier League match will be played between Manchester City and Wolverhampton Wanderers at Etihad Stadium, in Manchester, England. The ground has a capacity of 55,097.
The game will start at 06:30 PM (IST), on Sunday, October 06.

City have numerous players missing through injuries these days. The latest player heading to the treatment room is Kevin de Bruyne. The former Chelsea and Wolfsburg star picked up a groin injury in the win against Everton and missed the Champions League group game against Dinamo Zagreb. Though the injury is not serious and the Belgian should return back to action after the international break.

City remains depleted at the back due to the continued absence of John Stones and Aymeric Laporte. The former, though, could make his comeback after the international break, while Laporte will most probably return in February next year.

Leroy Sane is also recovering from a serious injury these days. The former Schalke winger is expected to return next year.

Pep Guardiola will once again look to Fernandinho to partner Nicolas Otamendi at the back. The Brazilian has done more than a decent job and should start here as well.

Which means, Ilkay Gundogan and Rodri both will form the base of the midfield with David Silva getting a free role.

Riyad Mahrez and Raheem Sterling should provide width on either side of striker Sergio Aguero.

Wolves have no injury concern ahead of this game with Meritan Shabani and Bruno Jordao the only name in the injury list at the moment.

That said, Diogo Jota was absent from Wolves’ Europa League squad due to an ankle injury and is a huge doubt for this game. MCI vs WOL Dream11 potential winner:
Manchester City are a clear favorite to win this game.