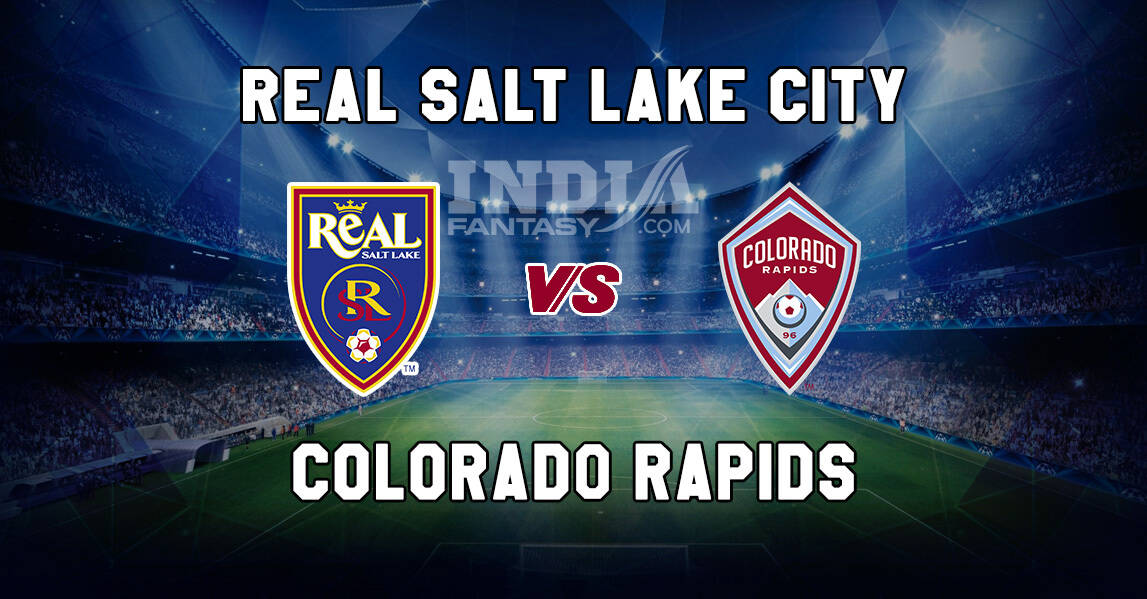 Time is running out for Colorado Rapids to qualify for the post-season. A huge 10 points separate them from the playoffs, as things stand in the Western Conference. Considering only 8 regular season games remains, including the next one, even a good run till the end of the season may not be enough to propel them into the top-seven.

For Real Salt Lake, the view looks good as they sit 5th in the West. However, they are not out of reach by any means, for FC Dallas in 8th have only 3 points less than them but have played a game more.

The Major League Soccer match will be played between Real Salt Lake and Colorado Rapids at Rio Tinto Stadium, in Sandy, Utah, USA. The ground has a capacity of 20,213.
The game will start at 07:30 AM (IST), on Saturday, August 25.

Albert Rusnak: Real Salt Lake’s leading goal scorer this season. He is somebody who can affect the match with the ball under his feet. More often than not, his passing puts his teammates in a very good situation. The 25-year-old is a no-nonsense choice here.

Kei Kamara: Colorado Rapids’ struggles this season doesn’t suffice well with Kei Kamara’s exploits in front of the goal. For his 11 goals return, the 34-year-old deserves a better view on the table. Regardless, he will be a threat in this game.

Diego Rubio: This Colorado team certainly has goals. One of the key performers for them this season is Diego Rubio. The 26-year-old has already bettered his goal-scoring record for a single season in this campaign. Can’t be left out.

Sam Johnson: Doesn’t start too often, but he is worth mentioning here. Despite featuring mainly from the bench, the 26-year-old is the team’s joint top-scorer alongwith Albert Rusnak. He can be a game-changer. Play him in your wold card team.

RSLC vs CR Dream11 potential winner:
Colorado Rapids should at least get a draw here.