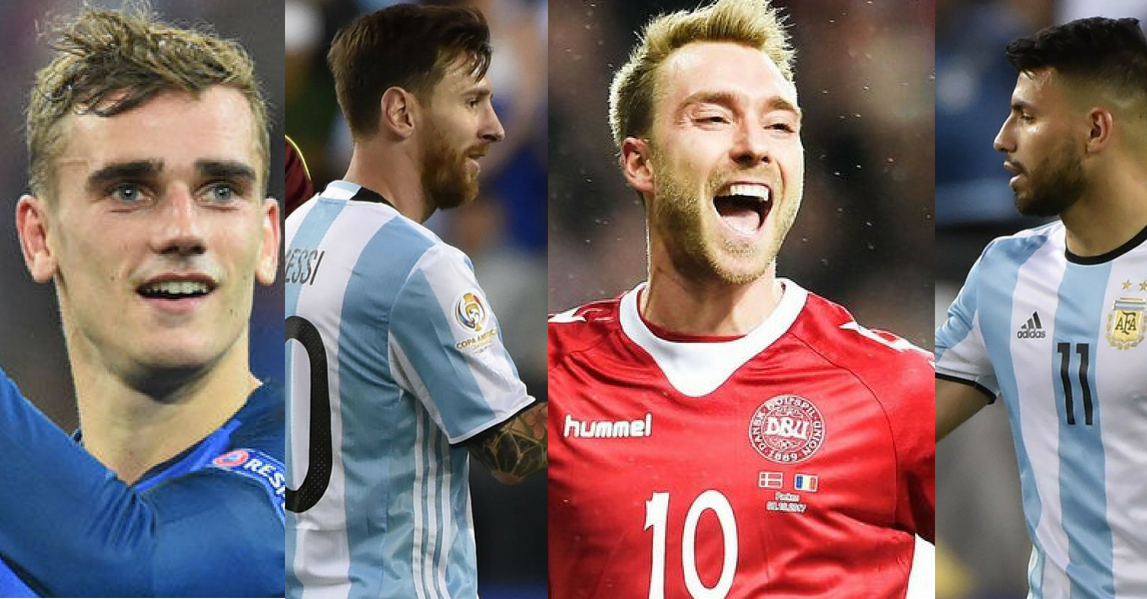 The key players of this match are Aaron Mooy Paolo Guerrero

He is considered as a responsible shoulder to lift the weight of hopes of the Australian fans, he has spent more than six years with the team and scored five goals, he is none other than Aaron Mooy. He was also in the team of the Under-20 world cup and right now playing for Huddersfield Town. In this match, he considered as the key player that should be in the Dream11 team.

Paolo is also a controversial player of Peru as he was tested positive in a doping test. He also got a suspension of one year for this action, which means his exclusion from the 2018 but an appeal gave him relief to eligible to play in 2018 FIFA World Cup. He is capped 88 times where he scored 34 goals.

The charismatic midfielder of Denmark is also the key player in his team. In the previous fixture, Christian Eriksen scored one goal against Australia at the 7th minute of the game which eventually helped Denmark to win the match. Christian was capped 80 times for his team in which he scored 23 goals.

Griezmann represented France at the different levels that are under-19, under-20 and under 21. He also served France in 2010 UEFA European Under- 19 Championship. Grizemann capped 56 times for the team and scored 21 goals. He was voted as Player of the Tournament of UEFA Euro 2016. In the previous fixture against Australia, Griezmann scored a penalty which was crucial for them.

The key players of this match are Ahmed Musa, Sergio Aguero andLionell Messi

Musa is a left-winger of the Nigerian team capped 74 times where he scored 15 goals, in the previous fixture for Nigeria, he scored to back-to-back goals at 49th and 75th minute of the game. He is also a key player in this match and must be taken in your Dream11 team.

Sergio Aguero and Lionel Messi are considered as the pillar of Argentina’s football team their partnership on and off the field is what makes them lethal combination for opponents. In the previous fixture of the group stage, Aguero scored a goal against Iceland while Messi was unable to make it, but this time it is do-or-die for them, So Messi is going to score a goal or at least make chances of goal by assisting others.

The key players of this match are Gyli Sigurdsson, Alfred Finnbogason, and Ivan Perisic

Iceland has been so fortunate to have Gylfi and Sigurdsson in their as they are the apple eye of Iceland. These two are a perfect combination to take on the Dream11.

Croatian star Ivan Perisic is an outstanding left winger, and he could be playing the role of the match winner. He appeared in 68 matches and scored 18 goals, and that makes a severe impact.

I am Sports Fan precisely Cricket, Football, Tennis. I want to give my life to the sports media so that India will become a Sporting nation soon.
Previous ArticleKey players for KSA vs EGY Dream11, URU vs RUS Dream11, IRN vs POR Dream 11 football match, ESP vs MAR Dream11
Next ArticleKey players for KOR vs GER Dream11, MEX vs SWE Dream11, SRB vs BRA Dream 11, SUI vs CRC Dream 11 football match