Hail the Barbados sensation in town! 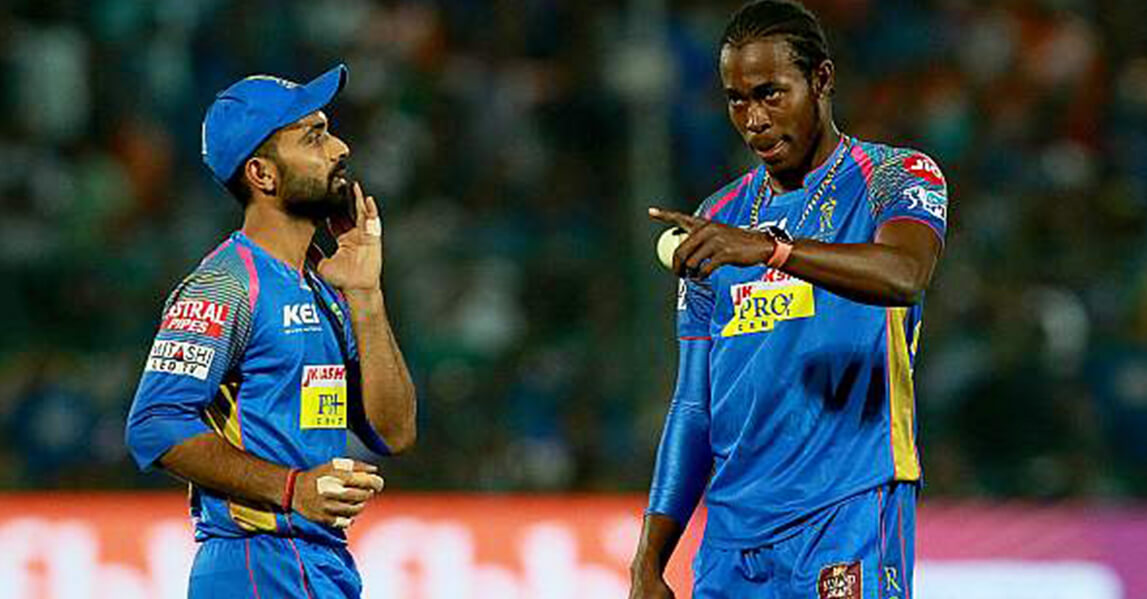 Jofra Archer’s status as one of the most sought-after uncapped players this season wasn’t a hype at all.

Rajasthan Royals invested a whopping INR 7.2 crore to avail the services of Archer and his debut match has made all justified his exorbitant price tag worth it.

He returned with the figures of 3-22 in his first outing and won the man of the match award for his extraordinary show in the match against Mumbai Indians on Sunday.

“I just want to be fast enough so that the batsman cannot read my balls well. You can’t see the speed gun generally on the ground. I think I have gone past that now, I like bowling fast,” Archer said in an interview.

He isn’t a famous name outside of the English county and his native Barbados, but his efforts caught attention in the Big Bash League where the Hobart Hurricanes snapped him up as a replacement and the season saw him become one of the most-in-demand T20 cricketers in the world.

“If I can go really well in the IPL, it’s a great platform where I can see where do I stand both personally and cricket-wise,” Archer had told Sky Sports earlier.

“I just wanted to play in the tournament, the money is a bonus for me,” he had added.

Archer missed Rajasthan’s first five matches due to injury, but in the last match, he left Mumbai’s innings in tatters with three wickets in the penultimate over.

Rajasthan skipper Ajinkya Rahane said, “I am glad to see him back. His spell was incredible.”

He would prove to be a big boost for Rajasthan’s campaign who are firmly seated at the fifth position following the win against Mumbai Indians.

A Writer | A Reader | Above all- A Human Being constantly looking forward to pushing the envelopes!
Previous ArticleRR vs MI Match Report: Rajasthan Royals clinch last over thriller
Next ArticleIPL Week 2: Gayle Storm Rocks IPL 2018!