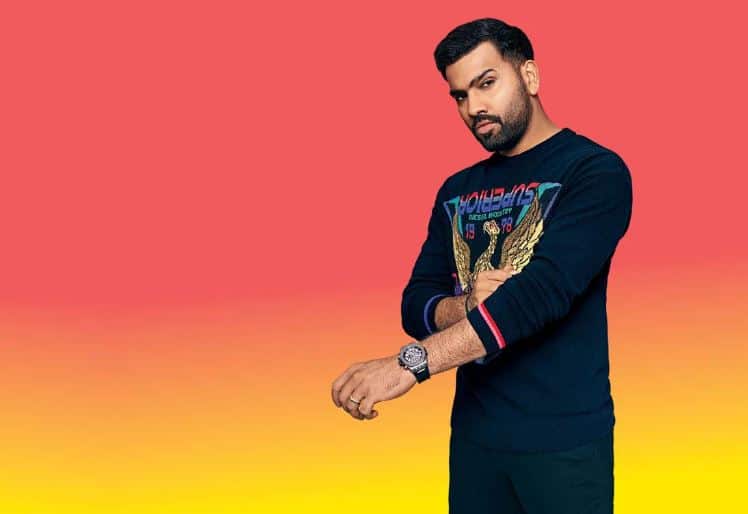 Indian cricketer Rohit Sharma bamboozles every bowler with his stroke-play on the twenty-two yards. He has scaled various batting mountains over the years with his batting prowess. Rohit has become a pillar for the national side and also does the job for the deputy of Virat Kohli in the leadership role.

If we talk about his incomes over the years, Rohit Sharma has translated his magic outside the playing arena as well. He is quickly becoming the blue-eyed boy for corporates looking for a face for their brand representation. Let’s take a look at Rohit Sharma’s various sources of incomes.

The Board of Control for Cricket in India (BCCI) pays match fees to both international and domestic players as per decided terms. These fees are based on the number of matches played by respective players. All the members of the squad for the particular series are eligible for match fees. Rohit Sharma is one of the premier batsmen of the side and he is almost guaranteed for each international series unless an injury. Rohit Sharma receives his match fees as per below break-up:

Apart from this, Rohit Sharma also enjoys benefits of the awards from various sponsors during the international fixtures. BCCI is having the structure of paying out bonuses to the players depending upon the individual and team performances. The amount of these bonuses would vary according to the status of the series and would increase when India participates in a test series against top-3 sides or in an ICC event. Rohit Sharma receives an annual salary from BCCI apart from the match fees mentioned earlier. This salary is based upon the contracts given by the board every year. This contract-list is decided on the performances during the previous year as well as the importance of a particular player in the team. These pay-grades are easily the best in the world, echoing the fact that BCCI is the richest governing body in the game.

Rohit Sharma is in the A+ grade list for the ongoing season of 2019-20 along with Virat Kohli and Jasprit Bumrah. They receive 7 Cr annually as a part of the salary based on this list. All three players are the backbone of team India and play most of the matches for the country.

According to Forbes, Rohit Sharma earned a total of INR 54.29 Cr during the year 2019. He was comfortably at the third position in terms of earnings after just Virat Kohli and MS Dhoni among Indian cricketers. He receives this income mainly from his BCCI contract, IPL salary, match fees and endorsements. 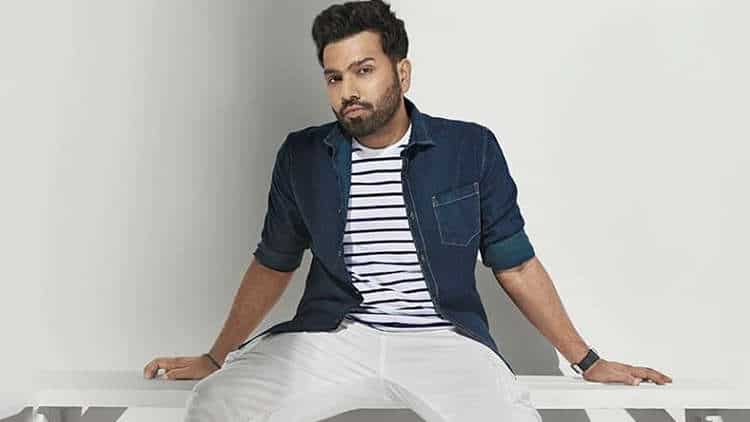 According to a leading media website, Net worth of Rohit Sharma stands at around INR 124.5 Cr at the end of 2019. His net worth has received a hike of around 26% as compared to the last year. He was listed at 46th rank in terms of income by Indian celebrities as per reports on a news website.

Rohit Sharma first came into the limelight with his heroics in T20 cricket. His performances in WT20 2007 triumph were from the top drawer. His ball-striking ability makes him one of the finest in the format. That is the exact reason why Mumbai Indians went all guns blazing over him during the IPL auction of 2011. Rohit Sharma has also turned the fortunes of Mumbai around with his captaincy magic. He has led Mumbai to a record 4 championships in 2013, 2015, 2017 & 2019. Rohit Sharma is the one diamond that Mumbai based franchise can’t afford to lose. What does Rohit Sharma get as a result of this? A bag full of money: INR 15 Cr to be exact.

Here is one interesting fact about Rohit Sharma and his wife Ritika Sajdeh: both of them were introduced to each other on an ad shoot in 2008 by Yuvraj Singh. Ritika still heads the sports events at Cornerstone Sport & Entertainment – A company owned by her cousin brother Bunty Sajdeh. Naturally, Rohit Sharma is being managed by his wife when it comes to his endorsements commitments. With his ever-rising popularity among cricket fans, Rohit Sharma’s brand value is skyrocketing with every passing day. A superstar on the field and a jolly-looking young man when he is not playing, Rohit Sharma is quickly becoming the first choice of many brands. Rohit Sharma endorses brands like Hublot, Aristocrat, Relispray, Restless Energy Drink, Maggi, Oppo, Nasivion Nasal Spray, CEAT, Adidas, Nissan, Lays, Highlanders, etc. He has also associated with brands like Jio and Videocon D2h as a part of the IPL contract with Mumbai Indians.

According to some reports, Rohit Sharma charges around INR 1 Cr per day for his brand commitments. He has earned INR 19 Cr from his brand endorsements alone during the year 2019.

Rohit Sharma was in the news with his donation of INR 80 Lacs to various relief funds to combat the coronavirus outbreak in India. But to those who know Rohit Shrama, this cause shouldn’t have come as a surprise. This star Mumbai batsman is known for his charity works across many platforms. He has been sponsoring medical treatments for the underprivileged kids who are suffering from cancer, since 2012. Rohit Sharma has been vocal for his support for Rhinos in association with WWF India. He has also launched a campaign called ‘Rohit4Rhinos’ in a bid to build awareness regarding the same. Rohit Sharma visited Nairobi few years back in order to see last surviving Northern White Rhinoceros. He also believes in removal of homelessness in street animals and sheltering them. Rohit Sharma participates in various beach cleaning activities in Mumbai and often highlights the dangerous consequences of ‘plastic’ when it comes to oceans and marine life.