The ‘Virat Era’- They hit! They stump! They Conquer 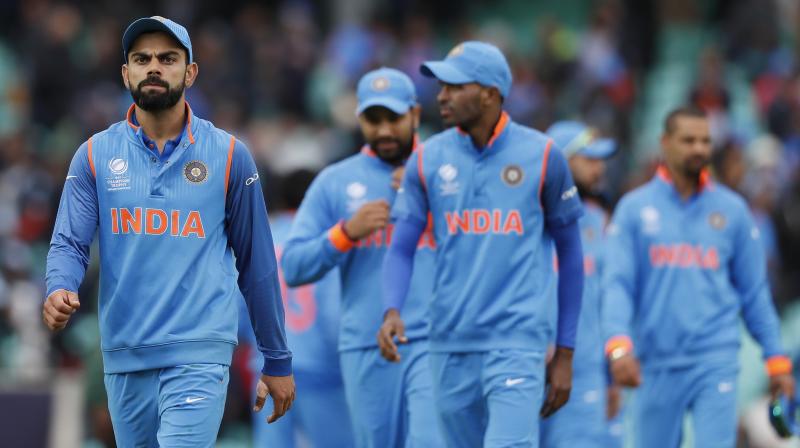 Virat Kohli’s men in blue gobbled up all the headlines in newspapers and are all awash with their praise as India crushed South Africa by 8 wickets in the 6th ODI in Centurion on Friday.

While our Prime Minister Narendra Modi was addressing students for  ‘Pariksha pe charcha’ the previous day, our blue colts sealed the series with flying colours and created history by registering first ever series win in the ODIs on the South African soil.

India become only second team after Australia to win 5 matches in ODI series against home side in South Africa..

Hi @AnushkaSharma
How often do you get ‘Mubarak ho bhabhi ji’ messages in such situations? 😂#EkAurShatak

Chuck this year's IPL and plan all the overseas tours where team india hasn't won a series for a long time. Come on @BCCI, this is the best possible chance and team that can conquer the world. #indvsa

Kohli treating SA bowlers as school cricket bowlers ! They will be scarred by this guy forever 🙂

💯! Third century of the series for @imVkohli and his 35th in ODI cricket.#SAvIND pic.twitter.com/ZRTItuF5SA

Kohli and Dhawan have done nothing but toy with the SA attack this entire tour. Manipulated them around, no problems raised.

Who knew this SA series would turn out to be such a bore?! #SAvIND

Kohli ke shot are so Makhhan.
World cricket needs Superstars , Kohli the biggest of them currently.#SAvIND

Success is the sum of small efforts, repeated day in and day out..!! #IndvsSA #Bleedblue💙 #JaiMataDi 😊😊 pic.twitter.com/DCv0QEzu5r

Indian Skipper was at his brutal best, and yet again, he made records tumble by becoming the highest scoring batsman in a bilateral series, he became the highest run-scoring captain in ODI series and scored the highest number of runs against South Africa.

Winning 5-1 with this bunch of highly talented individuals is quite special. Will cherish this historic feat for a long long time! #SAvIND #Winning pic.twitter.com/l64sqSJ6rG

“Even after being two-zero down in the Test series, for them to show that kind of character to come back and win that Test match in Johannesburg on a spiteful pitch. And to then take that momentum into the one-day series and show the consistency they have shown over the last two weeks is fabulous,”  Shastri said.

Praising Virat, Ravi Shastri asserts, “I would be going to the bookstore and buying the latest Oxford dictionary, just to improve my vocabulary (in praise of Kohli)”.

Proud of you all. You showed real character. Enjoy the moment #TeamIndia 🇮🇳 pic.twitter.com/Ck40UITcQ3

Records- Nothing more than a cliche to Virat Kohli:

Every time he bats, he proves that the 22-yard pitch is his kingdom and he owns it. In the forefront during the whole series, Kohli scored staggering 558 runs against the Proteas.

“At this stage, I don’t feel like competing with anyone. It’s all about how I prepare for the game and what my work ethics are and how I am feeling on game day, Kohli said.

So proud of the whole unit. 🙏👍 What a series win. Jai Hind! 🇮🇳 pic.twitter.com/C2lgzmak7k

A Writer | A Reader | Above all- A Human Being constantly looking forward to pushing the envelopes!
Previous ArticleVirat Kohli bags the ‘biggest honour’ in world cricket
Next ArticleVirat named in Time’s 100 most influential people, this is what Sachin had to say