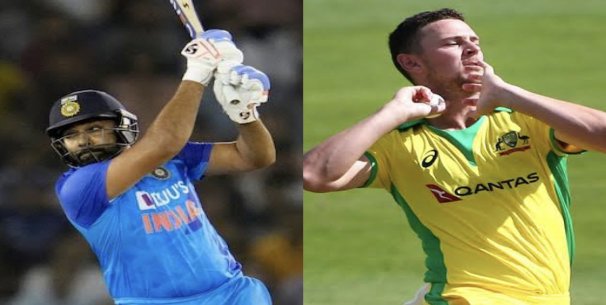 India vs Australia Betting Tips: India and Australia are currently locking horns in the three-match T20I series. The visitors have take a 1-0 lead in the after their thumping 4-wicket victory in Mohali. The focus now shifts towards the upcoming second game.

India vs Australia Betting Tips: Rohit Sharma to score most runs in the second T20I

The second T20I between India and Australia is slated to take place at Vidarbha Cricket Association Stadium in Nagpur on Friday (23rd September). India will need to step up their game to save the series whereas the Aaron Finch-led side would be eyeing to close the series.

Coming to the prediction, Indian skipper Rohit Sharma is likely to score most runs in the second T20I between India and Australia. Despite having a low score behind him, he’s expected to set the stage on fire.

Rohit scored 11 runs in the first T20I against Australia but those 11 runs came with powerful strokes and he looked in good touch. With series on line, the right-hander is expected to bat with responsibility and lead from the front for his side.

His stats in the T20I speaks volumes of his caliber as a batsman in the shortest format of the game. He’s the leading run scorer in the this format with 3631 runs to his name from 137 matches at a strike rate of 140.57 and average of 31.57. Rohit also has scored 4 hundreds and 28 half-centuries.

India vs Australia Betting Tips: Josh Hazlewood to pick most wickets in the second T20I against India

His stats in T20Is are also staggering as in the 31 matches so far, he has taken 48 wickets at an economy and average of 7.31 and 18.08 respectively with the best bowling figures of 4/12.

Dream was to play cricket, but job is to serve cricket
Previous ArticleIND vs AUS Betting Tips – Cricket Prediction for Most Runs and Most Wickets in India vs Australia 1st T20I
Next ArticleSome information about Crickex app India