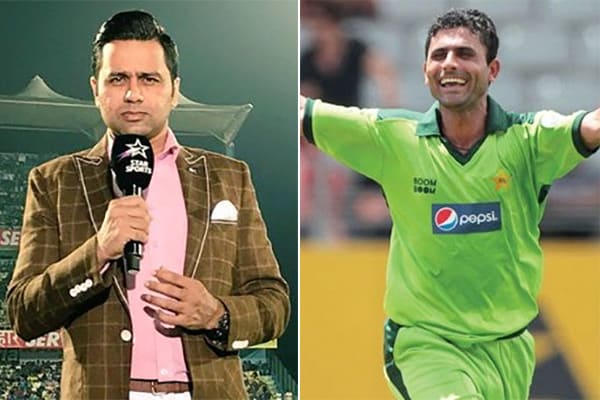 Its been one year since the 2019 ICC World cup was staged, but the controversies regarding the event never seem to end. England cricketer Ben Stokes in his book, ‘On Fire’ wrote that he was confused with India’s chasing tactics in their game against England. This made many Pakistani’s to claim that India lost on purpose so as to eliminate Pakistan from the equation. Former India cricketer and commentator Aakash Chopra in his latest video shutdown these absurd remarks from former Pakistan players.

England all-rounder and world cup hero Ben Stokes in his latest book, ‘On Fire’ claimed that he was confused over the intent shown by Indian batsmen during their chase against England in one of the World cup league matches. He added that Kohli and Rohit were quite slow in their partnership and it made it tough for batsmen who followed them. He further went on to say that he was surprised by Dhoni’s shot selection during the later part of that match. These comments by Stokes were misinterpreted by the Pakistani media who staged debates on national media by claiming that India lost to England on purpose so as to eliminate Pakistan from the World Cup. Former Pakistan players including Abdul Razzaq and Waqar Younis supported these statements in public.

“There is no doubt that India lost on purpose. I had told this at that time as well. In fact, everyone else opined the same. For a person [Dhoni] who can hit fours and sixes at will, he was blocking everything…Hence, one tends to know,” said Razzaq.

Former India player and famous commentator Aakash Chopra shut down these comments from former Pakistan players. He said that these comments were absurd and baseless. He also backed Stokes by saying that he never said that India deliberately lost the match to England.

“I am wearing a T-shirt which says Sharam (shame) not found. Think a little and have some shame. Waqar Younis, despite being the brand ambassador for the ICC, gave a statement during the World Cup that India threw the match away on purpose. I mean seriously,” said Chopra. “It is understandable if the partnership between Virat Kohli and Rohit Sharma didn’t make sense to Stokes or if he was confused by Dhoni’s approach towards the end. But he never said that India deliberately lost the match” added Chopra.

He further appealed to the ICC to take action against these players for spreading baseless lies which were intended to create hate.

“Former Pakistani cricketers are openly saying that India lost deliberately and ICC should fine them. How can you think like that? It was more important for India to top the group at that time. India only lost one game in the group stages and that happened to be that game against England,” he added.

As it turned out it was the only match India lost in the group stage and a loss in that match would have made the semi-final chances dim for England.