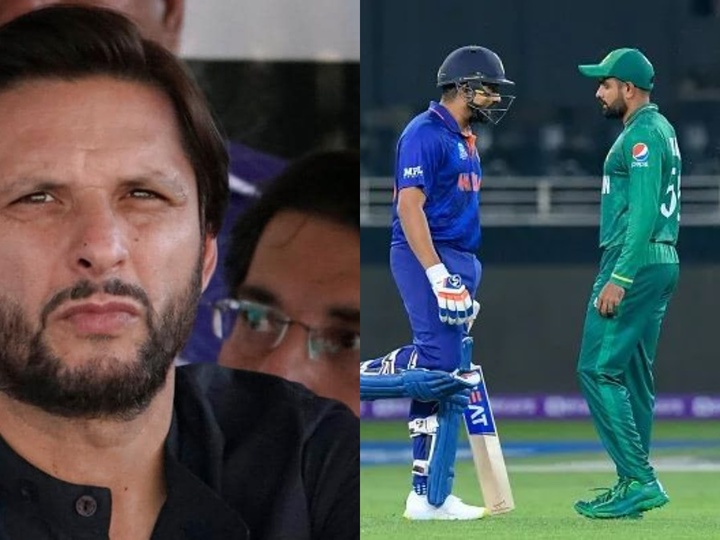 Shahid Afridi predicts winner of India vs Pakistan: As witnessed over the years in the cricketing history, things can become really intense and emotional when arch-rivals India and Pakistan are in action against each other. In the upcoming Asia Cup 2022 that will be a T20 tournament, India will be meeting Pakistan at the Dubai International Cricket Stadium in Dubai on 28 August, 2022 (Sunday). There is a big possibility that the arch-rivals will play each other as many as three times in the sub-continental battle.

This will be the first match between India and Pakistan after the massive clash between these two sides during last year’s ICC T20 World Cup 2021 where the Pakistan finally ended their losing streak. Recently, former Pakistan captain Shahid Afridi was asked on Twitter about his prediction for the upcoming India vs Pakistan clash. However, Afridi did not came up with a clear answer and instead stated that the team which makes the lesser mistakes will win the massive encounter to be played this Sunday.

“Which is the stronger team in Pakistan Vs India match and who do you think will win?” Shahid Afridi was asked by a fan on Twitter.

“Depends on who makes the least mistakes,” Afridi replied.

Depends on who makes the least mistakes.

A cricket maniac who lives his life like a T20 match, time is short so make the most of it. Always thriving to learn more about cricket writing and obviously being an Indian, a big cricket expert.
Previous ArticleAssam T20 Squads, Schedule, Playing 11, Dream11 Prediction, Live Score and Streaming
Next ArticleMS Dhoni with All Trophies