MS Dhoni with All Trophies 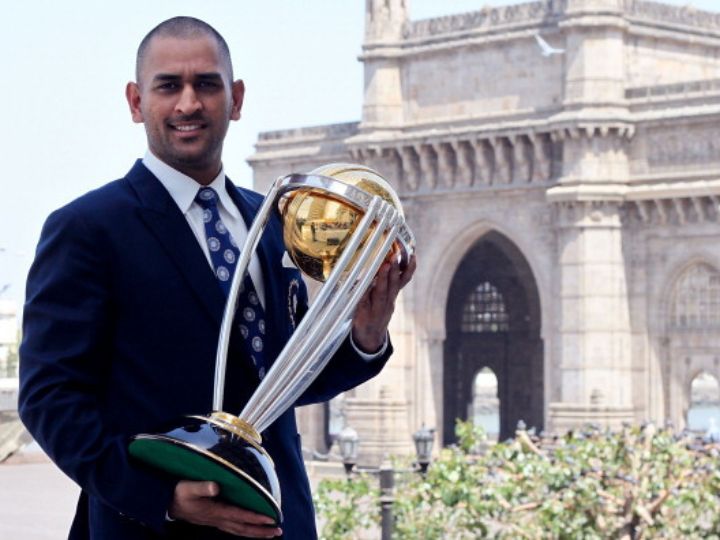 Considered as one of the greatest players of all-time, MS Dhoni has achieved stellar success during his time in the middle. A trophy-laden career spanning more than decade, the former India captain is someone who has won almost every trophy he has competed for during his time as cricketer.

A legend in his own rights, MS Dhoni was the second Indian captain in India’s cricketing history to win the ODI World Cup in 2011. Alongside Kapil Dev he is the only captain to have won the World Cup for India.

In his illustrious career he is the only captain in World Cricket to win a Grand Slam of ICC Trophies during his playing days. He was the first captain to lift the 2007 ICC T20 World Cup and then followed that success with a win in the 2013 Champions Trophy, alongside the 2011 World Cup.

The Trophy cabinet also contains continental and franchise league titles as well. Dhoni was the first Indian captain to win the Indian Premier League (IPL) in 2010 and also to defend it. He also added the now non-extent Champions League title on two occasions.

In 2010 Dhoni helped India win the Asia Cup, adding another feather to his impressive cap. Of his many achievements was winning the Border-Gavaskar Trophy on three occasions as captain. He never lost the illusive bi-nation tournament on India soil.

Among his many successful achievements was the 2008 Commonwealth Bank (CB) series triumph that started the Indian cricket team revolution. He three -match final, India won the first two matches in March 2008 and emerged victorious.

Apart from the stellar success he had as a player and captain he was part of Indian Team that won Test series in England in 2007, led India to the 2009 Test series triumph on New Zealand soil, after 41 years.

While he had memorable career he also lost some of the epic finals and semifinals that would have seen him add few more trophies to his cabinet. Dhoni lost in the 2014 T20 World Cup final, 2017 Champions Trophy final and the multiple IPL final with Chennai Super Kings and Rising Pune Super Giants.

In MS Dhoni IPL career he won the title on four occasion with first in 2010 and his latest in 2021. He was the first captain to defend the IPL title, having won the 2011 showpiece event as well. He and Rohit Sharma are the only captains to lead a side to back-to-back IPL titles in the competition history.