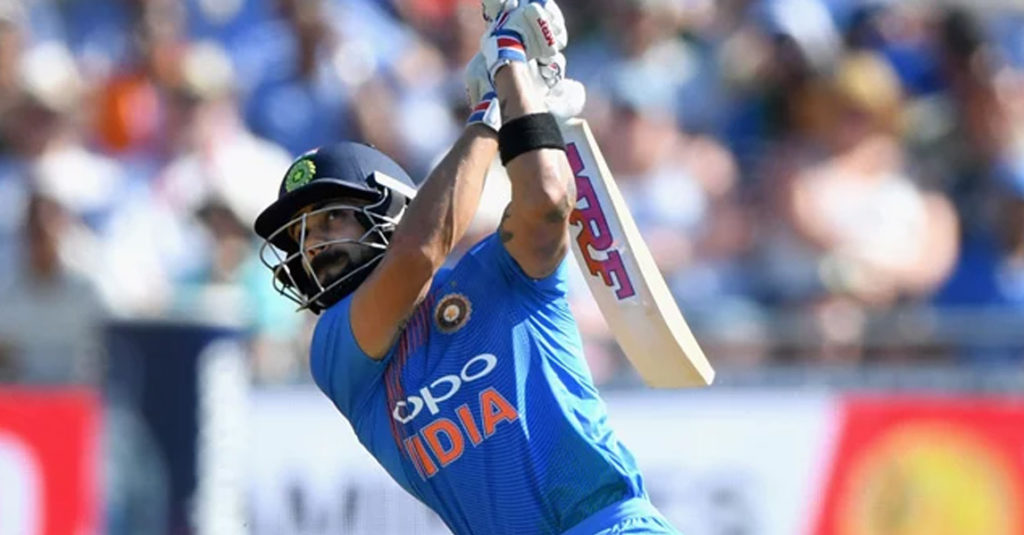 Batting at No.4 would be best choice for Kohli in ODIs, says Ganguly A TOKEN OF ADVICE FROM ‘DADA’:

Former Indian Cricket Captain Sourav Ganguly has an advice for Kohli. He advised Virat Kohli to bat at a crucial No.4 position to build up the confidence to India’s batting line-up in the three-match ODI series against England, starting this Thursday onwards.

For the record, India have tried up to six different batsmen at this position but Ganguly feels Kohli is the best choice for the required slot.

“And I strongly believe it is the right thing to do in the ODI format as well,” Ganguly said after the UK launch of his book “A Century is Not Enough” on Monday.

“I think that’s what Kohli is going to do (in the upcoming series) as well”, the former skipper proposed.

Ganguly was of the opinion that England lack strength in its bowling line-up, which will give the squad an edge in the ODIs.
“England is a good side too. A very good batting unit but their bowling is the weaker part”, he said.

“Nowadays, the Indian team has been doing well in T20Is. I have thoroughly enjoyed their performance in this England series as well. But they have to keep in mind that it is only the start of a long summer with ODIs and five Tests to follow. They are on the brighter side for the latter contests with this win, but different formats will provide them with different challenges for them. But they should also know that they are a good as a team and they can do well here.”

ALL PRAISES FOR THE INDIAN SQUAD

When asked about India’s advantage ahead of what should be another keenly contested series between both the sides, Ganguly said, “At the moment, India is a very good and well-rounded limited-overs side”.

The ‘Prince of Kolkata’ rated India as one of the most talented batting units in the game at present.

“It is one of the most talented batting units in limited-overs’ in international; cricket at this moment. The top-order is remarkable with Shikhar Dhawan and Rohit Sharma.

The former captain was also mighty full of admiration for wrist spinner Kuldeep Yadav’s show on this UK trip so far.
“Kuldeep is already in the Test squad when playing at home, but I think he should be in the first-eleven for all formats for the Indian team,” Ganguly signed off.

A writer by day and a reader by night. Chiller and life juggler
Previous ArticleFit Rabada returns to Proteas Test squad
Next ArticleEngland vs India ODI series: Will Kohli strike gold?