No can tell Dhoni when to retire: Afridi 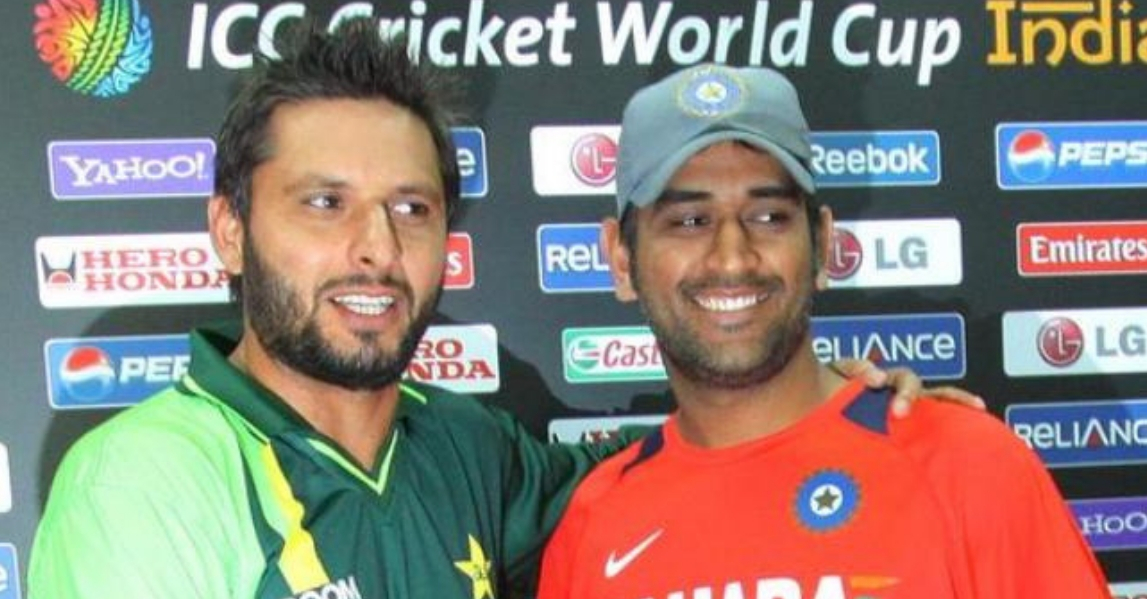 Pakistan cricketer Shahid Afridi has stated that no can tell the former Indian captain MS Dhoni when to retire as he has done for the nation what nobody has done.

The former Pakistan all-rounder lauded praise on the Indian wicket-keeper during an interview he gave to an Indian news channel.

He said that what Dhoni has done for team India nobody else can and nobody has the right to tell him when to retire. He also believes that in 2019 Dhoni needs to be there for India to have good chances in the world cup.

Dhoni and his retirement saga

In the recent times, MS Dhoni has struggled to replicate his past performances with the bat. This has sparked criticism and he was even dropped from the T2oI squad.

The selectors have made it clear that he will be India’s primary wicket-keeper for the world-cup in 2019 but questions loom over his future.

With Rishabh Pant making a strong statement with his bat in red-ball cricket, the talks about Dhoni’s criticism have increased in the recent times.

Currently India is playing with Pant and Dinesh Karthik as the wicket-keepers in the ongoing T20I series against Australia while MS is donning the gloves in the ODI squad.

Kohli needs to improve as a captain: Afridi

At the same time, the right-hand batsman appreciated Indian captain Virat Kohli. He said that Kohli is is one of his favourite players but he also feels that Kohli needs to improve as a captain.

Also read: Dhoni reveals why he promoted himself ahead of Yuvraj in 2011 world cup finals

Afridi was also asked about the ongoing series between Australia and India to which he replied that India-Australia series is going to be a very exciting contest.

He believes that this Indian team has what it takes to beat Australia in Australia but he also made it clear that the team needs to play together.

Smitten by cricket, green mountains, and written words, Chaitanya is engrossed with cricket stats and analysis. But cricket commentary is what he savors the most.
Previous ArticleStarc replaces this pacer for 3rd T20I vs IND
Next ArticleCannot relax against AUS: India pacer