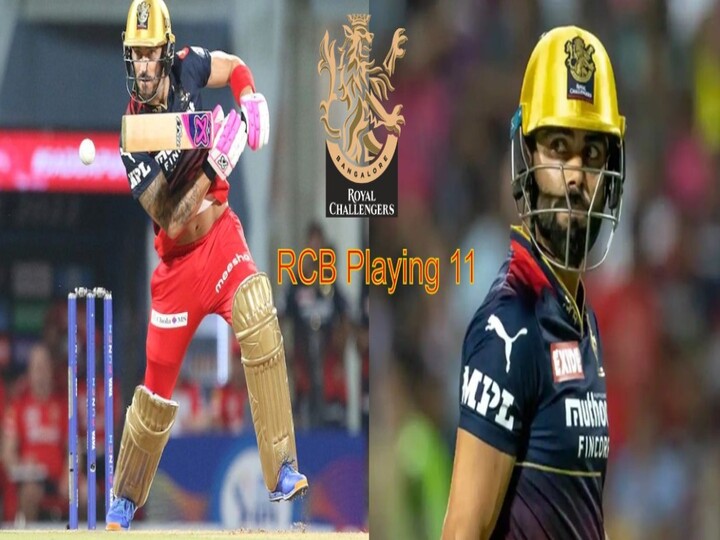 RCB Playing 11: Royal Challengers Bangalore have forged their way into the second qualifier of Tata IPL 2022. They are now all set to take on Sanju Samson’s Rajasthan Royals at the Narendra Modi Stadium in Ahmedabad on 27th May 2022.

In a captivating Eliminator match against Lucknow Super Giants, Royal Challengers Bangalore held their nerves as they won the contest by 14 runs. Rajat Patidar led the way for the Challengers with a brilliant unbeaten ton and ensured his team crosses the winning line with 14 runs in the kitty. It was a prolific effort from Faf du Plessis and his boys and they will march into the second qualifier with utmost confidence.

RR vs RCB Head to Head

Mohammad Siraj returned to the eleven in the last game. Despite an underwhelming season this time around, speedster Mohammad Siraj was backed by the team management in the all-important knockout clash against Lucknow Super Giants. Siraj did remove Quinton de Kock in the very first over but went for 41 in his full quota despite not bowling in the death. With the faith team management shows in him, Siraj is once again expected to keep his place in the eleven and we might see an unchanged eleven taking the field against Rajasthan Royals.

More or less, the playing 11 is expected to remain the same. Mahipal Lomror, Shahbaz Ahmed, Mohammad Siraj, etc. all are expected to keep their place in the eleven.

An ardent sports enthusiast who likes to write in such a manner so that the readers could relate themselves and feel the passion of the game.
Previous ArticleFastest Century in IPL Playoffs: Rajat Patidar Fastest Hundred in IPL 2022
Next ArticleRR Playing 11 for RR vs RCB, Qualifier 2 of IPL 2022: Player Availability & Team News