The hosts are through to the final, bagging two wins in three games. England Women won by 121 runs in their first game, lost their second fixture to South Africa Women and clinched a win in their last outing against New Zealand Women.

White Ferns, on the other hand, have 50/50 win-loss record in the competition, winning their first fixture against South Africa Women by 66 runs and losing the second to England Women by 54 runs.

Expect this one to be a cracker of a contest between two evenly-matched sides!

Speaking of the EN-W vs NZ-W Playing 11, here’s how the two sides can line-up.

Note: This EN-W vs NZ-W Dream11 prediction is based on news sourced from various sources. We suggest you pick your playing 11 from the squad listed above basis England Women vs New Zealand Women team news. 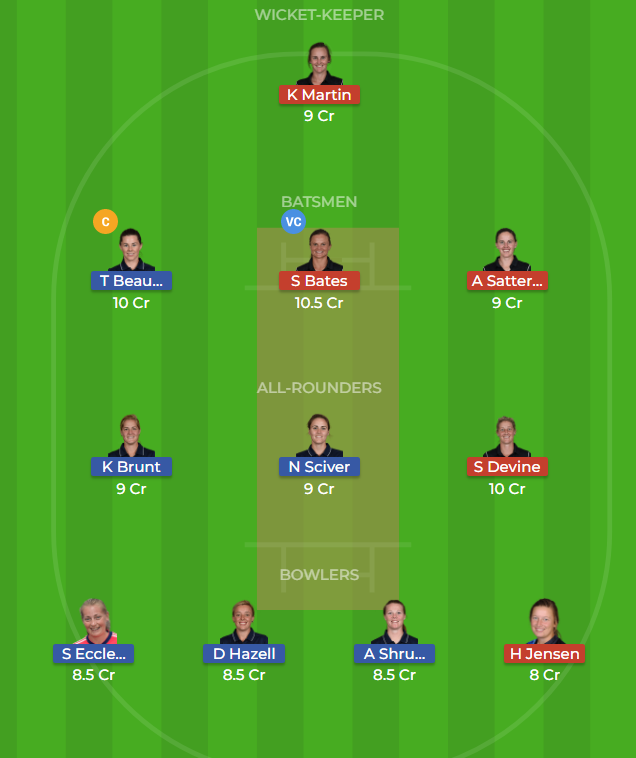 Note: Kindly revisit before the deadline to get the final update of the England Women vs New Zealand Women Dream11 Prediction. Also, hit the bell icon on the bottom right side of your screen to get all the latest Dream11 prediction updates.