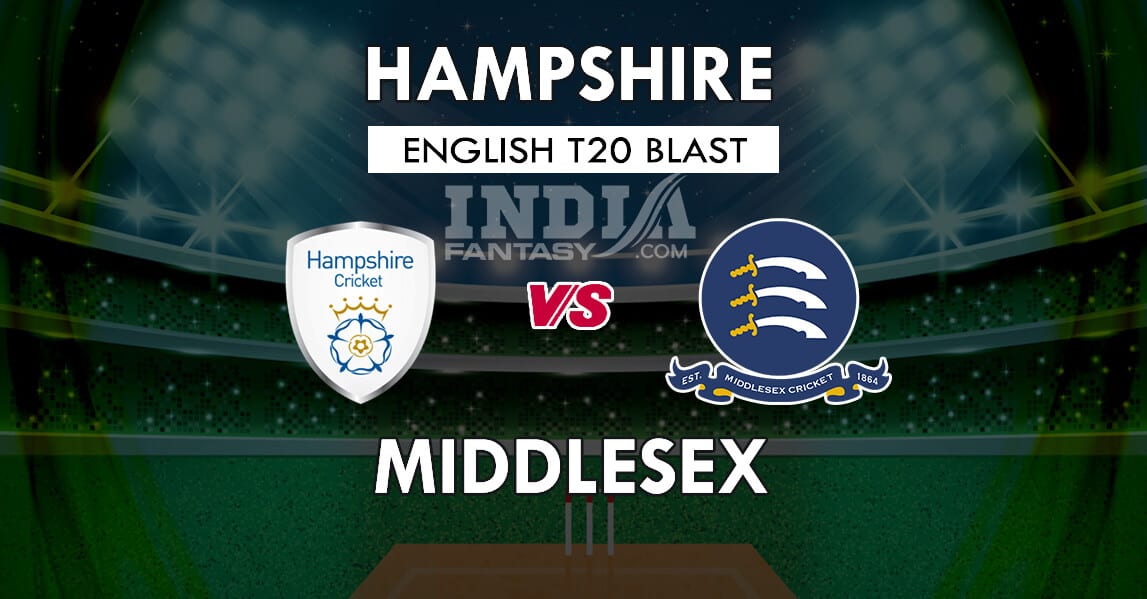 The third match of the day will witness a clash between two South Group teams i.e. Hampshire and Middlesex at the Rose Bowl in Southampton. Both teams will be eyeing a win here to move one step closer to the quarter-finals.

There is plenty to play for both sides as they both have a chance to feature in the quarter-finals. A win here for Middlesex will take them to the second position in South Group, whereas, Hampshire will find themselves among the top five with one match more to play.

Team 1 and 2: Middlesex moving one step closer to the quarterfinals

Disclaimer: Management can take late decisions depending on the match situation. The fantasy teams which we have provided here of HAM vs MID Dream11 is best of our interest and depending on the credit scores of the players.