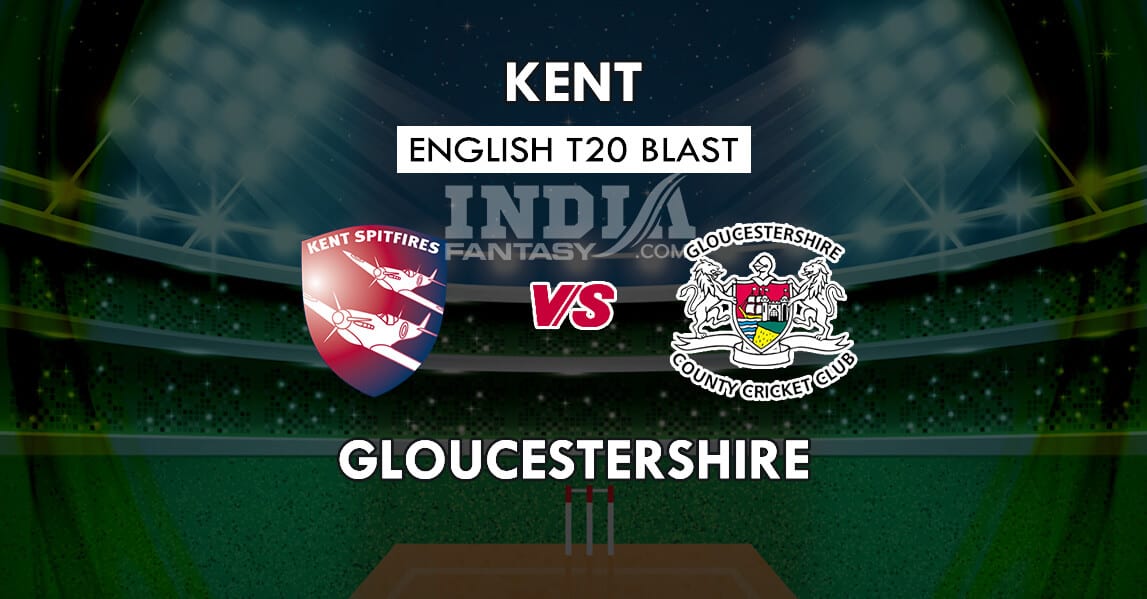 The final match of the evening will be played between Kent Spitfires and Gloucestershire from South Group at the St Lawrence Ground in Canterbury.

This match is undoubtedly the ‘match of the evening’ as both teams are clearly at the top of their game. Gloucestershire with 5 wins, 3 loss and 3 no-result games are placed at the second position on the points table, whereas, the Kent Spitfires are just behind them with 6 wins from 12 matches.

Gloucestershire Squad: To be announced

Team 1 and 2: Kent propelling to a win

Both teams have been in good form which can be stated clearly from their position on the points table.

Here, we will be providing teams which will focus more on the key players of Kent Spitfires.

Team 2 (Change in captain and vice-captain)

(**Gloucestershire are yet to announce their squad for this fixture)

Disclaimer: Management can take late decisions depending on the match situation. The fantasy teams which we have provided here of KET vs GLO Dream11 is best of our interest and depending on the credit scores of the players.