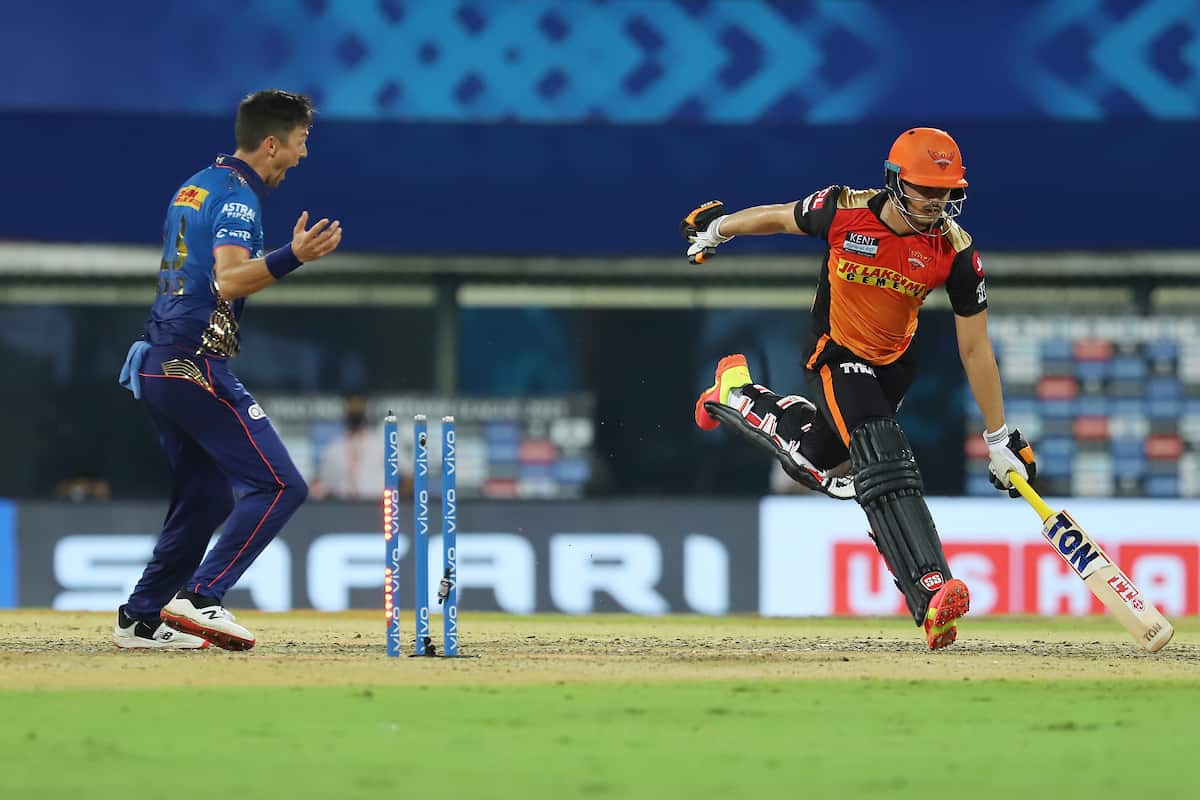 Hardik Pandya fielding : Yesterday, we saw Ravindra Jadeja’s brilliant fielding effort in the circle and near the boundary lines. His direct hit to dismiss KL Rahul was the highlight of the match and even Michael Vaughan tweeted and said Ravindra Jadeja is the greatest Indian fielder. Today, we saw a similar kind of fielding effort from Pandya as well. The Mumbai Indians team scored 150 on the board against Sunrisers with contributions from Quinto De Kock and Rohit Sharma at the top-order, while Pollard gave a good finishing touch to the team.

The all-rounder Hardik Pandya has been a gun fielder for the Indian team as well for the Mumbai Indians team. Although, he has not been touted to be one of the best. but certainly gives his 100% effort and today he affected 2 run-outs which played the main role in the team’s result. The openers of SRH, David Warner and Jonny Bairstow stitched an important partnership to give a stable start to the team but both fell in an interval of 1 over that caused trouble to the team’s middl-order against Mumbai strong bowling attack. The first victim of Hardik Pandya was David Warner, then he dismissed Abdul Samad for a low score and dismantled the hopes of Sunrisers.

The Sunrisers Hyderabad team lost their 3rd consecutive matches in a row in IPL 2021. In all their matches, they failed to chase the total posted by the opposition.
In a match against KKR, they had a target of 188, then RCB gave them 150, and today MI posted 150 on the scoreboard. The team’s losing margin is in the range of 8-10 runs and would look to seriously check their batting order and strategy to emerge victorious in the next match.