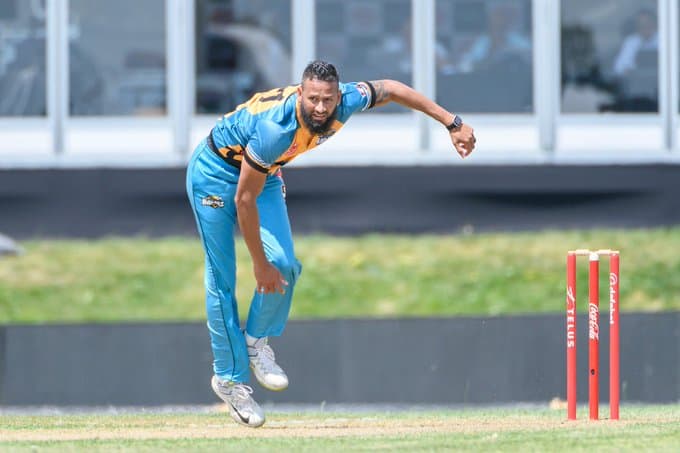 Rayad Emrit hails from the Trinidad & Tobago region which has been the breeding ground for a lot of T20 cricketers. From playing wind ball cricket at the age of 7 to becoming a global T20 star, Rayad has come a long way. The dedication shown by the young boy towards the sport changed the minds of his parents who thought of pushing him into academics. A medium-fast pace bowling allrounder Rayad Emrit broke onto the domestic scene in 2003 making his List A debut for Trinidad & Tobago at the age of 22 and he went on to become a veteran for his regional side.

With injuries to Lara and Bravo, Emrit was handed a call up to the West Indies national side for the Indian tour in 2007. He played a couple of matches but went wicketless in both, ending up getting dropped from the side which remains his only appearance for West Indies in the ODI format. He made his T20I debut in 2018 (11years after his ODI debut) thanks to his exploits in the T20 leagues all over the world. But his T20I career didn’t last long as he hasn’t been picked since the tour of Pakistan in April 2018.

Rayad Emrit has featured in most T20 leagues all over the world. Bowling at a decent pace coupled with his batting skills, Emrit came across as a valuable addition to any T20 side. He has also captained a victorious Trinidad and Tobago side in the Los Angeles Open 20/20 Cricket Tournament in 2007. Rayad has plied his trades in many T20 leagues like CPL, PSL, BPL, Global T20, etc. He is part of the St.Kitts and Nevis Patriots side for the CPL 2020 CPL season.