Sana Ganguly is the daughter of Sourav Ganguly. Born on 3 November 2001  in Behala, Kolkata, Sana came into news when her father wished her on her 18th birthday via an adorable Instagram post.

Who is Sourav Ganguly daughter?

She did her elementary schooling from La Martiniere for Girls and then went to Loreto House School for her intermediate. For higher studies, Sana moved to the prestigious Oxford University in London. What does Sana Ganguly do?

Apart from being good in studies, Sana is also a trained Odissi dancer following her mother’s footsteps. This forte was inherited by her mother as she herself is a trained classical dancer.

Sana has been trained by Kaushiki Chakraborty in classical dancing. She gave her first stage performance at the tender age of 7. Her latest stage performance came in 2019 where she performer alongside her mother during a Holi special event at the Indian Museum in Kolkata.

Apart from dancing and studying, she is a pet lover and has a pet dog named ‘Sugar’. She is also an active personality on social media. She has already made her Television debut alongside father Sourav Ganguly in an advertisement for a jewellery brand. Sana took to Instagram to express her anger over the crackdown of police on the Jamia Millia Islamia University students who were protesting against CAA in December 2019. this stirred a controversy where many appreciated her act, while others criticized her. Sourav Ganguly defended her by saying that his daughter is too young to understand politics. Later, Sana deleted the post. 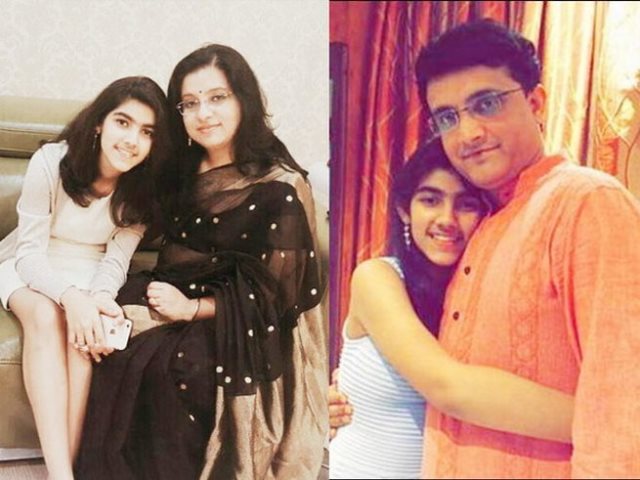