England Cricketer, Sarah Jane Taylor, had a keen interest in cricket from her childhood. She is a wicketkeeper batswoman who is best known for her sweeping and pulling stroke play. In 2017, Sarah lifted the World Cup trophy. In 2008, she was also an England team member who claimed the Ashes win over Australia.

Sarah is one of the highest-paid cricketers of the English women team. Favorite TV shows: MOD Live at the Base 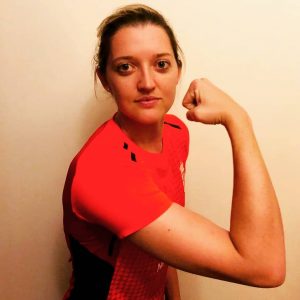 English cricketer Sarah Taylor found out tweeting and flirting with Ravindra Jadeja on Twitter during the night of their respective teams lost in the Finals in 2014.