Saud Shakeel is a Pakistani professional cricketer. His dream came true when he earned his first ODI cap versus England on 8 July 2021. “This would be a memorable day in my life. So, I want to enjoy it. It’s a great feeling and you can’t describe it in words. I am excited, and a bit nervous as well but I also have that self-confidence” Shakeel said. He had an ordinary first outing but grabbed attention with a gutsy half-century under pressure in the second game.

Shakeel is very hard-working and committed. He has been in terrific form in Pakistan’s domestic circuit. He was shortlisted as one of the Domestic Cricketers of the Year for the 2020 PCB Awards in December 2020. Michael Hussey and Saeed Anwar are his favorite cricketers. 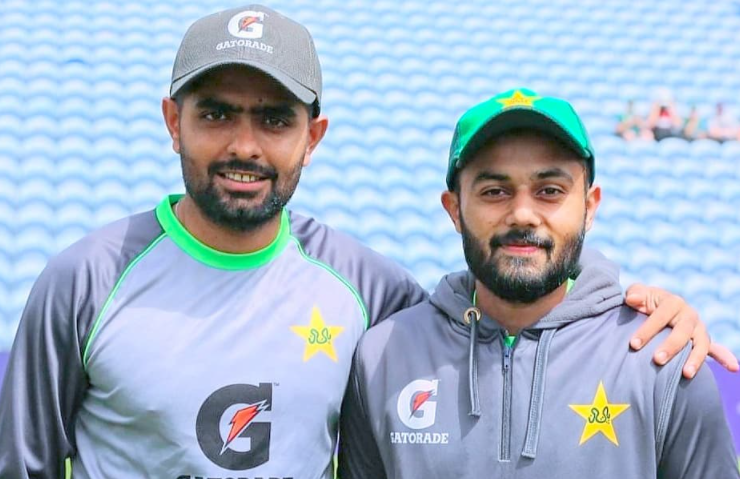 Shakeel is a resolute left-hand middle-order batsman. He bats with elegance and is particularly good through the offside. He can bowl some spin too.

Shakeel is just 2 ODIs old and is yet to arrive in the Test arena. He has a good record and boasts a healthy average in the domestic league.

During the second ODI versus England in the ongoing series, the southpaw was trending on Twitter for reasons little to do with his cricketing talent. With his bearded looks and similar face shape, Shakeel bears a resemblance to Virat Kohli. The Twitterati had a lot of fun and shared images from the game, calling him a doppelganger of the Indian skipper. PHOTOS: Pakistani Cricketers and their Wives