Five cricketers who married their relatives 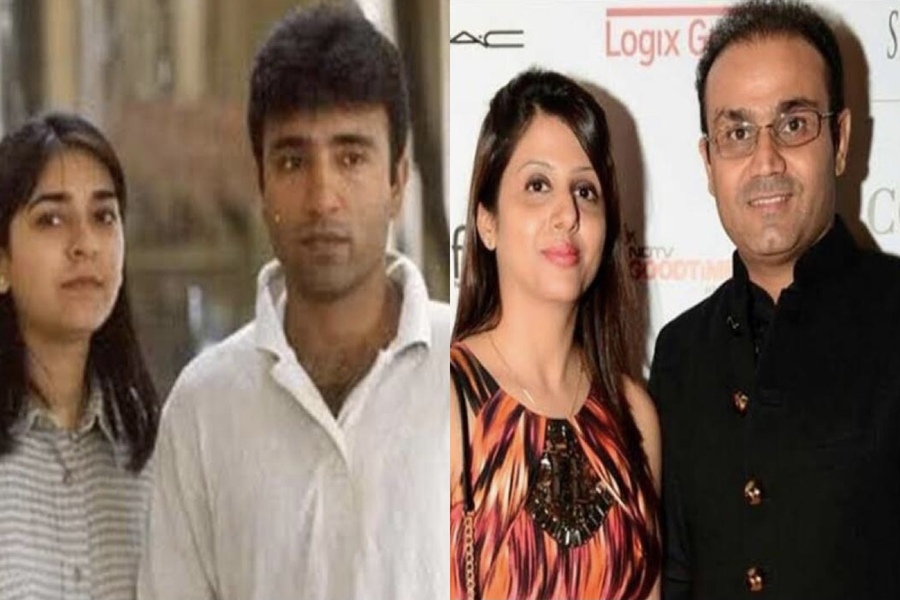 The game of cricket has been among the most loved sports in the world. Cricket has given fans so many memories to count on. Many cricketers are excessively active on social media and share everything regarding their personal and outside life and the fans keep an update on their day to day activities.

Cricketers who married their relatives

Cricketers over the years have developed a great connections with their fans, who idolise them and even follow each and everything including their personal life. While some players keep personal life private, some share pictures of everything including their wedding ceremonies. Players who don’t shy away from sharing everything on social media even share their marital life and in this article we will take a look at five cricket players who married their relatives.

The former Indian opener Virender Sehwag was one of the best openers of his time. The right-handed batsman was mainly known for his aggressive style of play as he only believed in dominating the bowling line-ups in all three formats of the game and probably was one of the most exciting batsmen the game of cricket has ever witnessed. In his career spanning 14 years, the 42-year-old broke numerous records and won many matches for his team and still hold the record for most numbers of triple hundreds(2) by an Indian cricketer in the history of Test cricket and is also one of only two players in the world to score a double hundred in ODI and a triple hundred in the longest format of the game.

Apart from his on-field heroics his personal life too has been very interesting as he’s one among the cricketers who have married their relatives. The ‘Nawab of Najafgarh’ married his cousin and childhood love Aarti Ahlawat. The couple after having known each other for 14 years tied the knot in 2004. Their marriage took place in former Minister Arun Jaitley’s bungalow in New Delhi.

Dream was to play cricket, but job is to serve cricket
Previous ArticleENG vs IND: Angry Virat Kohli hits at wall in frustration in the dressing room after getting dismissed in 4th Test – WATCH
Next ArticleIND vs ENG Live: Here is Why Rohit Sharma, Cheteshwar Pujara are not on the field. Check official update