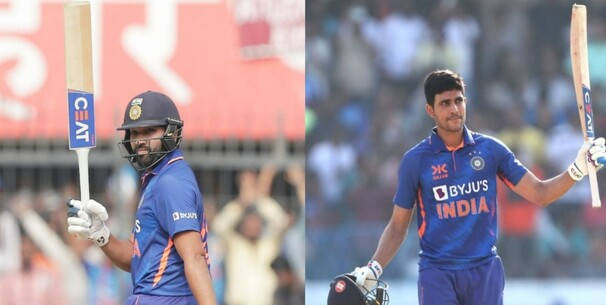 Tendulkar and Ganguly formed a formidable partnership at the top of the Indian batting order, with both players known for their aggressive and dominant style of play. They were able to consistently put on big scores, putting pressure on the opposition and setting the tone for the rest of the team.

Shubman Gill and Rohit Sharma’s 212 runs stand in the final ODI of the series against New Zealand has helped them claim the 5th spot in the highest opening partnership for India in ODI. The duo replaced Shikhar Dhawan and Rohit Sharma from the 5th spot who stitched together 210 runs stand against the arch-rivals Pakistan during the 2018 Asia Cup in Dubai.

An ardent sports enthusiast who likes to write in such a manner so that the readers could relate themselves and feel the passion of the game.
Previous ArticleIND vs NZ: Why is Rajat Patidar Not Playing Today’s India vs New Zealand 3rd ODI? Check India Playing XI
Next ArticleShubman Gill Sister: All you need to know about Shahneel Gill