IND vs AUS: Mohammed Shami Out of India vs Australia T20Is? Here’s the update 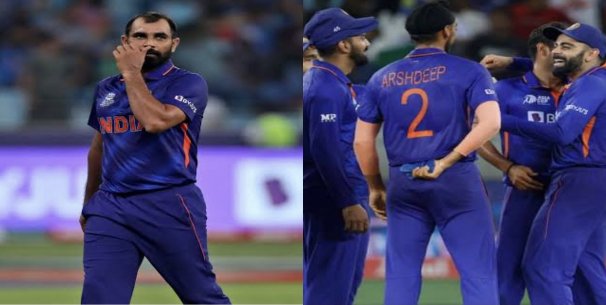 IND vs AUS: India is all set to take on Australia in the three-match T20I series. The series will begin from 20th September in Mohali followed by the second and third games to be played on 23rd and 25th September respectively. The games will be preparation for both the teams as T20 World Cup 2022 is around the corner.

IND vs AUS: Mohammad Shami ruled out of the T20I series against Australia

As the T20I series between India and Australia is just few days away, the hosts have suffered a major blow as ace pacer Mohammed Shami has been ruled out of the three games.

As per the reports in Cricbuzz, the Bengal pacer contracted Covid-19, which has put his participation in the series in jeopardy. He was not seen with the rest of the squad, who arrived in Mohali on Saturday (17th September).

It’ll be a great setback for Shami as he was expected to make his comeback into the Indian T20I side after almost a year. He was named in the Indian squad as a reserves for T20 World Cup 2022 and the series would’ve been a great preparation for him.

Shami’s availability for the South Africa series, which is slated to begin from 28th September, is now dependent on his recovery from Coronavirus. It is expected that pacer will be available for the series against Proteas and would be making himself a strong case ahead of travelling to Australia. Notably, standby players will also travel with the team to be battle ready.

IND vs AUS: Umesh Yadav likely to called as Mohammad Shami’s replacement for the series against Australia

As Mohammad Shami is ruled out of the T20I series against Australia, it is also learned as per the reports that Umesh Yadav is likely to replace him in the squad. If the reports turn out to be true, it’ll be comeback series for Umesh as well as he last played game for India in T20I was in February 2019.


Umesh recently was a part of county stint with Middlesex. He suffered a quad muscle injury and was not deemed fit for the four-day games. He would be eyeing to grab the opportunity and retain his place in the team.

Dream was to play cricket, but job is to serve cricket
Previous ArticleImpact Player Rule in IPL 2023: All you need to know
Next ArticleIND Playing 11 for India vs Australia, 1st T20I; Top Picks, Fantasy Cricket Tips For Dream11 Team Prediction