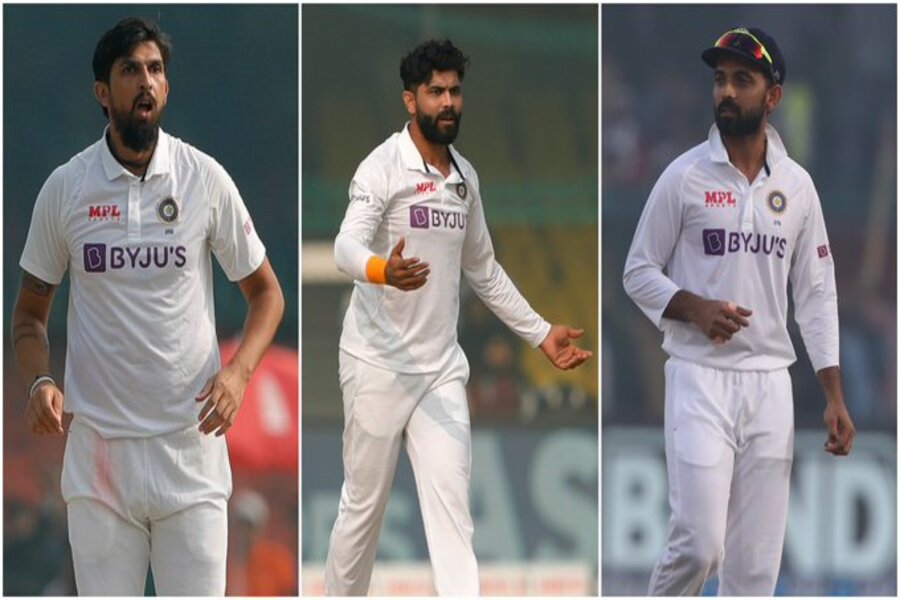 India vs New Zealand Live: In a massive breaking news, star players, Ajinkya Rahane, Ravindra Jadeja and Ishant Sharma have been ruled out of the second India vs New Zealand Test match due to their respective injury issues. The second and final Test match of the two-match series is scheduled to start from 3 December at the Wankhede Stadium in Mumbai. Team India captain Virat Kohli will be making his return in international cricket after being rested for the T20I series and the first Test against New Zealand at home.

In a massive blow to the home team, the trio of Ajinkya Rahane, Ravindra Jadeja and Ishant Sharma will not be available for the second and final Test match against New Zealand starting today. The Board of Control for Cricket in India (BCCI) has stated that fast bowler Ishant Sharma dislocated his left little finger while playing on the final day of the first Test in Kanpur. All-rounder Ravindra Jadeja will be unavailable as he suffered a right forearm injury in the opening Test against the Kiwis. On the other hand, stand-in captain Ajinkya Rahane sustained a minor left hamstring strain while fielding during the final day of the first Test match.

Related: When will Play Start on Day 1 of IND vs NZ 2nd Test?

Ishant Sharma, Ajinkya Rahane and Ravindra Jadeja ruled out of the 2nd Test.

Things have become really tough for India after the injuries to the trio of Jadeja, Rahane and Ishant Sharma. It is very much likely that Virat Kohli and Mohammed Siraj will walk in the playing 11 replacing the injured duo of Ajinkya Rahane and Ishant Sharma. However, off-spinner Jayant Yadav who has not played a Test match since 2017, could make his return in place of Ravindra Jadeja.

Due to the constant rains in the last couple of days, the toss has been delayed for the second and final Test match between India and New Zealand. In the latest update, the BCCI has informed that toss will be held at 11:30 AM IST while the match is scheduled to start at 12 PM IST.

A cricket maniac who lives his life like a T20 match, time is short so make the most of it. Always thriving to learn more about cricket writing and obviously being an Indian, a big cricket expert.
Previous ArticleIND vs NZ Live Update, 2nd Test: When will play start on Day 1 in Wankhede Stadium, Mumbai?
Next ArticleIND vs NZ Live: Why is Kane Williamson Not Playing Today? Who is New Zealand Captain?