Fans always show a keen interest to know about the personal lives of Indian players whom they admire a lot; be it the girlfriends they are dating or the women they are married to. Here is a brief article with a list of Team India wives and their respective profession.

Anushka Sharma one of the leading actresses of Bollywood, wife of Virat Kohli and now mother of a beautiful baby girl named Vamika.The actress born in Ayodhya and brought up in Bangalore started her career as a model for Wendell Rodricks in 2007. She moved to Mumbai from Bangalore to pursue her career in full time modeling. She made her acting debut opposite Shahrukh Khan in the blockbuster movie Rab ne bana di jodi. After that she never looked back doing one movie after another.  She is the co-founder of the production company clean state filmz. She produced several films and web series under that including NH10 and Patal Lok. She is the brand ambassador of many brands and products. She has a clothing line named Nush. And she is continuing her acting career in Bollywood even after getting married to Indian cricketer Virat Kohli. Ritika Sajdeh is the wife of the captain of Indian cricket team Rohit Sharma. Ritika has been a sports lover since her childhood.After graduation she started working as a sports manager at cornerstone sport and Entertainment,a management company which belongs to his cousin Bunty Sachdeva. She met Rohit in 2008 through Yuvraj Singh; after dating for 6 long years, they tied the knot in 2015. Ritika never misses a chance to be present in the stadium and cheer for her husband. 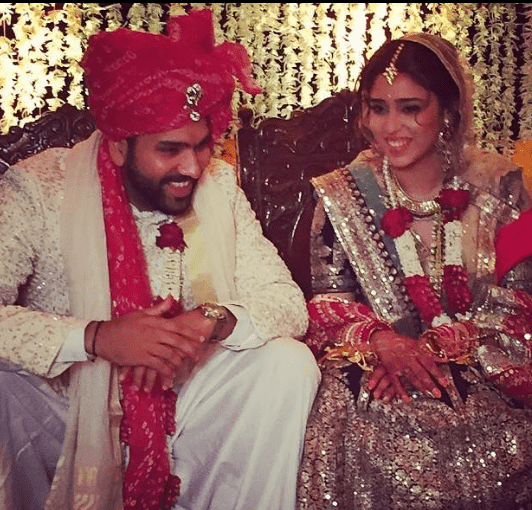 Dhanashree is a well-known YouTuber and has made collaborative dance videos with various Indian actors & singers. began her YouTube channel in the year 2015 and has worked with big personalities like Astha Gill, Guru Randhawa, Adil khan and Priyank Sharma. On Tuesday, 22 December 2020, she got married to Yuzvendra Chahal. Natasa Stankovic is the wife of Hardik Pandya. Stanković was born on 4 March 1992 in Požarevac, Republic of Serbia, SFR Yugoslavia to Goran Stanković and Radmila Stanković. She has a brother named Nenad Stanković. 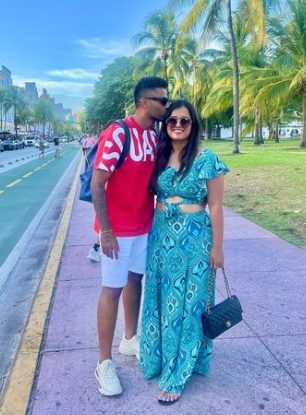 Hasin Jahan is the ex wife of Indian cricketer Mohammed Shami. She hit the headlines in early March 2018 when she made shocking revelations about her husband Mohammed Shami’s extra-marital affair in front of the media. Hasin Jahan is into modeling and acting profession. Meha Patel is the fiancee of Akshar Patel. She is a Nutritionist by profession. She made headlines in January 2022 when Indian cricketer Axar Patel shared his engagement photo with Meha on social media.20-Jan-2022.

Meha Patel was born on 26 March in Nadiad, Gujarat, which is her hometown. She is active on social media and has an Instagram account with 15.8k followers at present. Looking at her profile, we can know that she is a fitness freak and loves to travel as well. 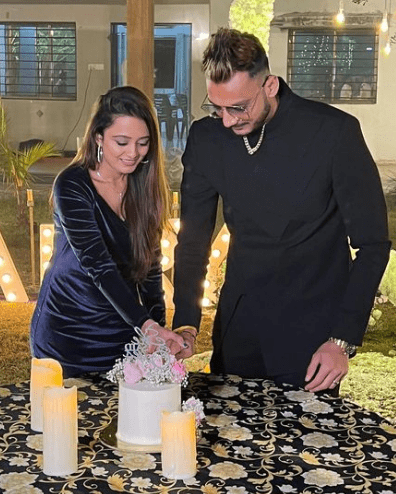 Aditi Hundia is the girlfriend of Ishan Kishan. She an Indian model and entrepreneur who was crowned “Yamaha Fascino Miss Diva Universe Supranational 2018”. She came into the limelight in 2022 for her rumored relationship with Indian cricketer, Ishan Kishan. Aditi had a dream of having a modeling career and she started it in 2016. 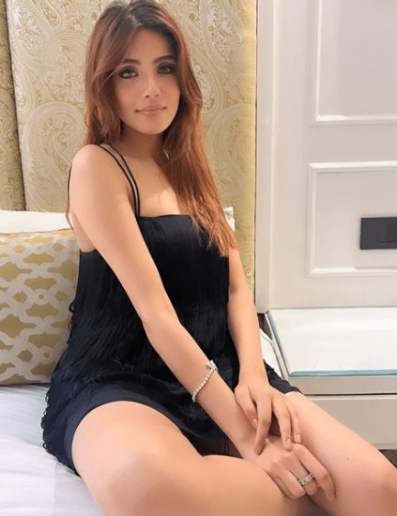 Shubman Gill’s rumored to be dating Sachin Tendulkar’s daughter Sara Tendulkar. Both of them neither denied their relationship nor accepted it. Sara Tendulkar did schooling from Dhirubhai Ambani International School in Mumbai. She is a Graduate in Medicine. Her fans were eagerly waiting for Sara’s debut in Bollywood but Sachin Tendulkar has denied all the rumors. 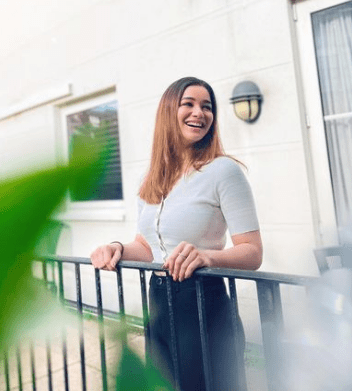 Mittali Parulkar is the wife of Shardul Thakur. She hails from Kolhapur, Maharashtra. She is the founder of ‘All the Jazz – Luxury Bakers’ company which is a unique bakery brand that offers exquisite global treats.

Mittali is an entrepreneur, model and former secretary. After completing her graduation in 2014 from Mithibhai College, she started her career as an intern at JSW company in May 2015. JSW is an Indian multinational conglomerate based in Mumbai. In October 2017, she joined Blue Star Diamonds, where she worked as a company secretary for a year till October 2018.

Mittali also worked as a company secretary at Chetak Enterprises Limited in May 2019, where she worked till May 2020. She also tried her hand at modelling, which did not work out quite well for her. Finally, in February 2020, Mittali initiated her own bakery company that goes by the name ‘All the Jazz – Luxury Bakers’ 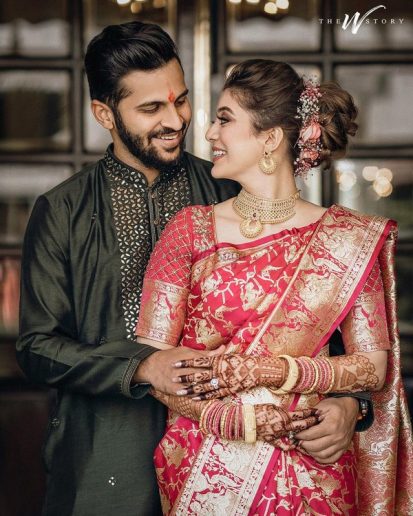