IPL Orange Cap Winner in 2021: Top 5 Batsmen with Most Runs 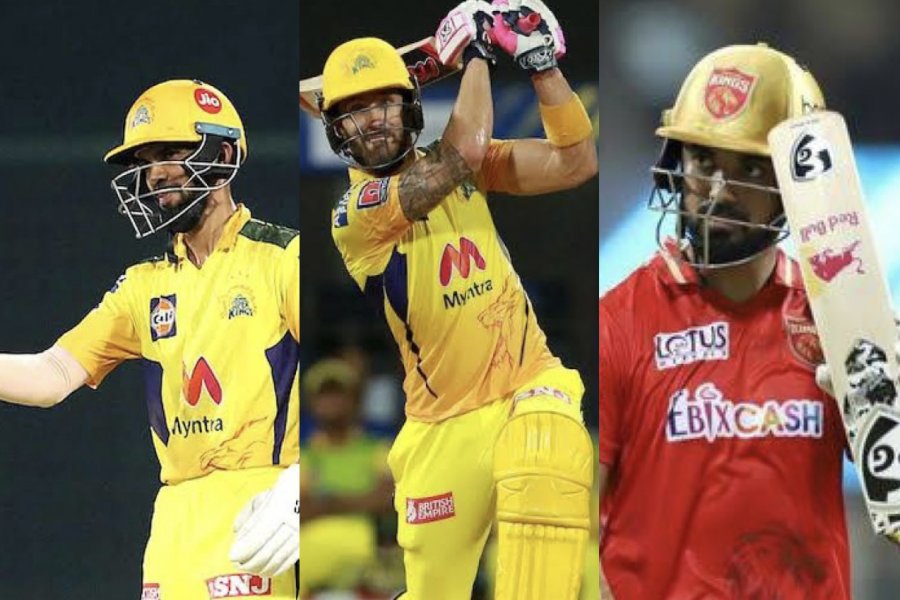 IPL Orange Cap Winner – The Indian Premier League (IPL) 2021 gave fans everything to cheer about. From high scoring thrillers to low scoring blockbusters, this edition of the marquee tournament was host to everything.

The 14th edition of the Indian Premier League saw many flamboyant performances with bat and especially with pitches not favouring the batsmen much, many young players along with some senior batsmen proved their mettle and helped their team go past the line. The likes of Ruturaj Gaikwad, Devdutt Padikkal, KL Rahul, Glenn Maxwell were brilliant with the bat and set the stage on fire. Let’s have a look at the top run-scorer in the IPL 2021.

Chennai Super Kings’ young gun Ruturaj Gaikwad tops the list and grabbed the orange cap in this year’s Indian Premier League. The right-handed opener amassed 635 runs in 16 matches at an average of 39. He is followed by his partner in crime Faf du Plessis who was just 2 runs away from him. The Proteas batsman amassed 633 runs at an average of 39.

The CSK openers are followed by Punjab Kings’ skipper KL Rahul, who notched up 626 runs in 13 matches at an average of 48. The fourth place in the list is acquired by Delhi Capitals opener Shikhar Dhawan, who set the stage on fire every time he went to bat. The southpaw amassed 587 runs in IPL 2021 at an average of 36.

Royal Challengers Bangalore’s Glenn Maxwell was the revelation with the bat in this year’s IPL. The swashbuckling batsman was the main reason behind Virat Kohli-led side reaching the playoffs as in 16 matches he scored a total of 513 runs at an average of 32.

Ruturaj Gaikwad has been the find of the Indian Premier League 2021. The Chennai Super Kings opener was one of the main reasons for MS Dhoni-led side being dominant in the season and playing the final. The right-handed batsman scored a total of 635 runs in 16 matches at an average of 39. He on account of his domestic performances was rewarded the Indian cap during Sri Lanka’s tour earlier this year and with the sort of season he had in the IPL this year, he’s expected to be in the Indian squad for the jam packed home season after the T20 World Cup.